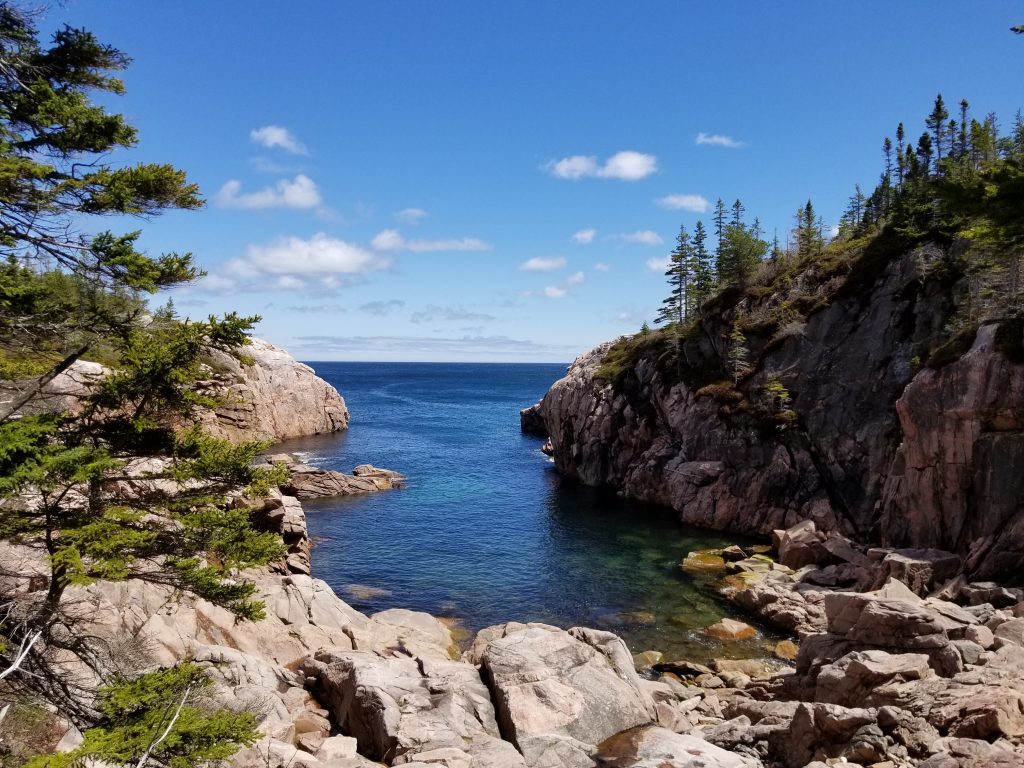 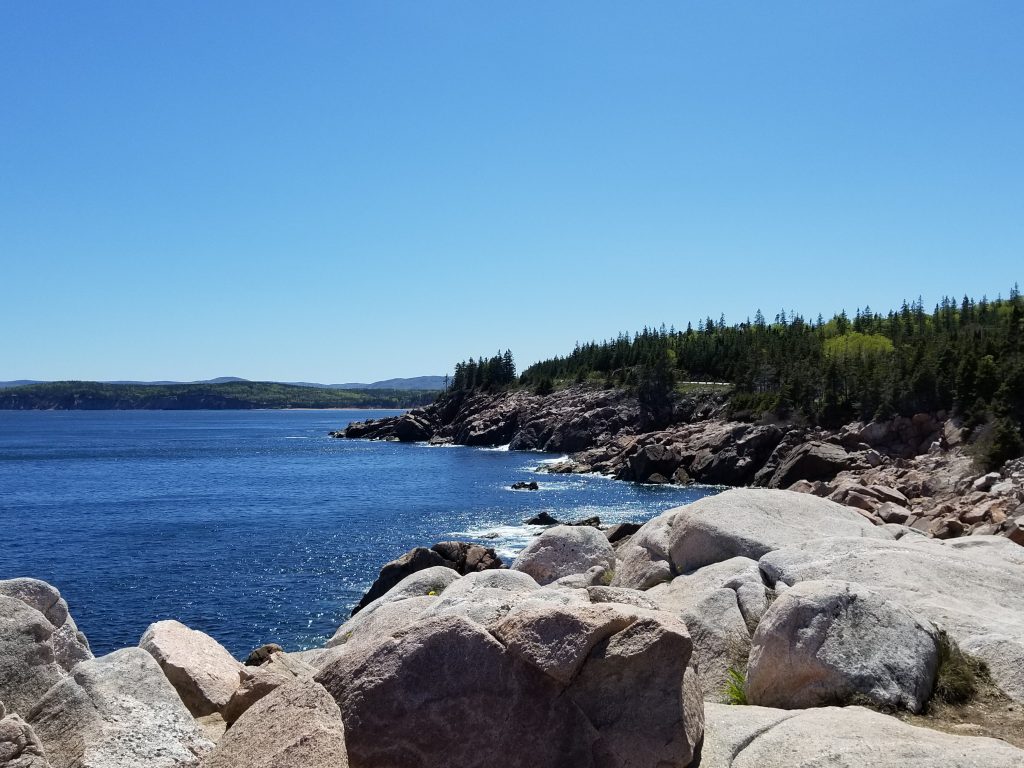 Our first stop here was the town of Baddeck, on the legendary Cabot Trail. Supposedly, John Cabot was the first European to set foot on Cape Breton, claiming it for England (he was himself Venetian), though large parts were eventually settled by the French (and numerous wars ensued). 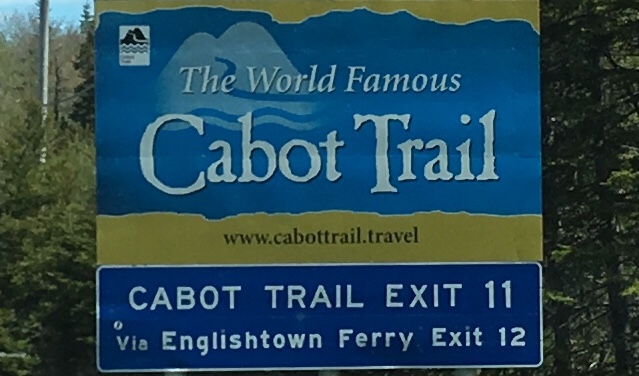 The Cabot Trail encircles a large part of Cape Breton Island and is a breathtaking scenic drive of 185 miles. We did it in chunks and are proud to say we drove the whole Cabot Trail (though only a short distance of it in the RV).

But I’m getting ahead of myself. Before we drove the Cabot Trail, we visited the home of a very important person in all of our lives, Alexander Graham Bell, inventor of the telephone and numerous other devices. Bell and his wife lived in Baddeck for many years, and now it’s a national historic site. 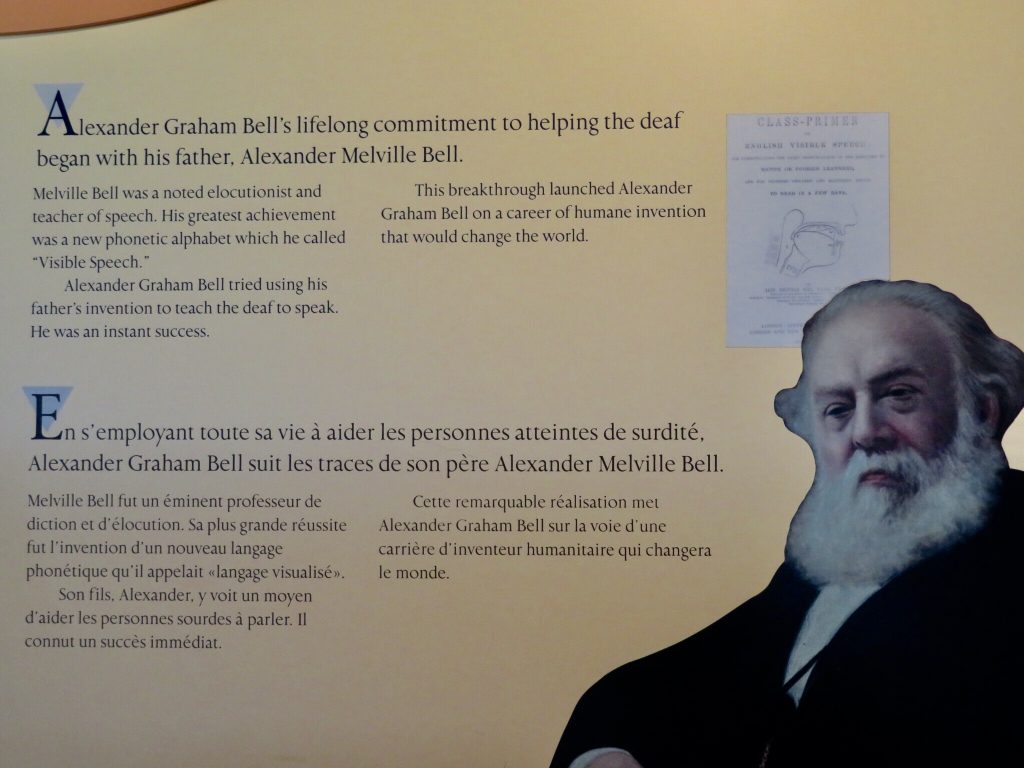 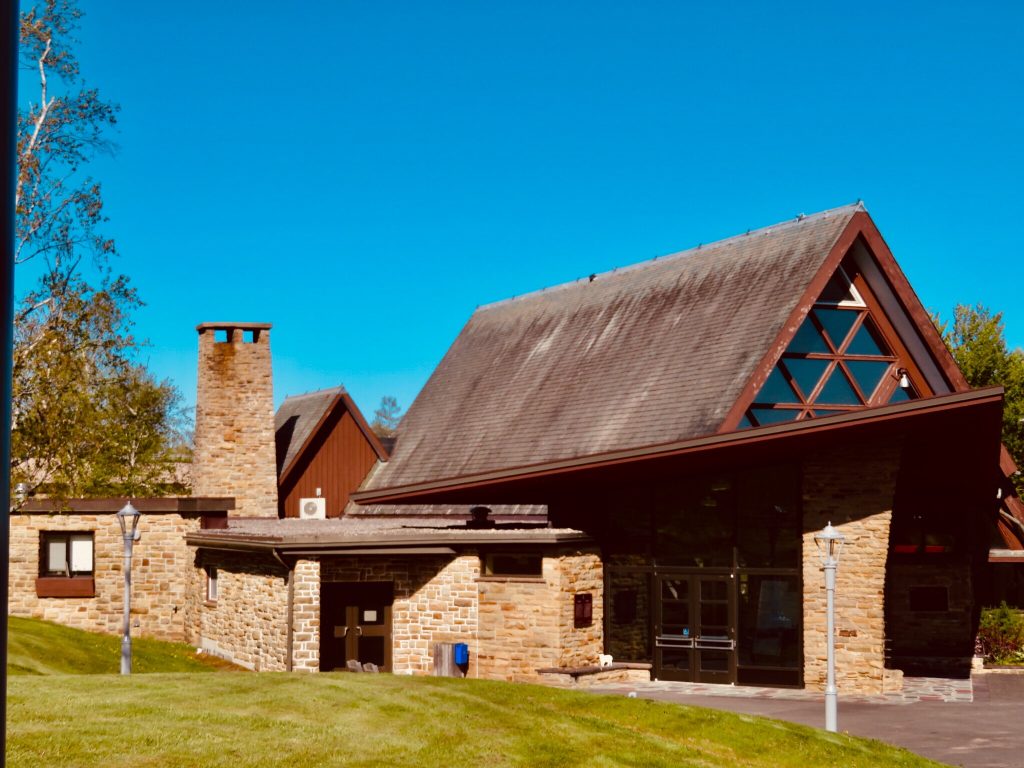 After all that history, we needed fortifying, so we headed to Baddeck Lobster Suppers for (what else?) lobster, snow crab legs, and halibut! What a meal. Apparently, lobster suppers are a big thing in this part of the world. Sometimes they occur in fancy restaurants, and sometimes they’re in the local community hall. This one was terrific, and it was followed by an evening of Celtic music at a nearby restaurant. Live Celtic music is also a big deal in this part of the world. Who settled Cape Breton (besides the French)? Scots, and they brought their music with them. So you can hear Celtic music all over Cape Breton on any night of the week. 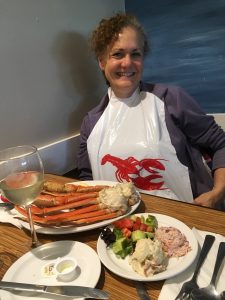 Our most important goal in Baddeck was to see puffins, so the next morning we headed up to Englishtown, hopped on Donelda’s boat with 25 other people, and rode out in search of these so-cute birds (we left about 10:30 am after Donelda and her husband had already been lobster fishing since 3:00 am). But first, we were treated to multiple close encounters with bald eagles, as our tour guide tossed bait fish off the boat, and we watched bald eagles scoop down to catch the fish in their talons before heading off again. 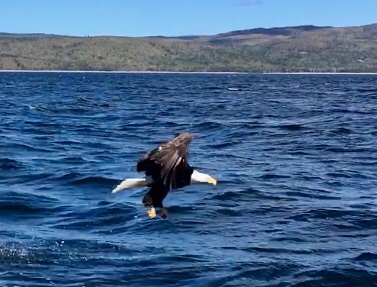 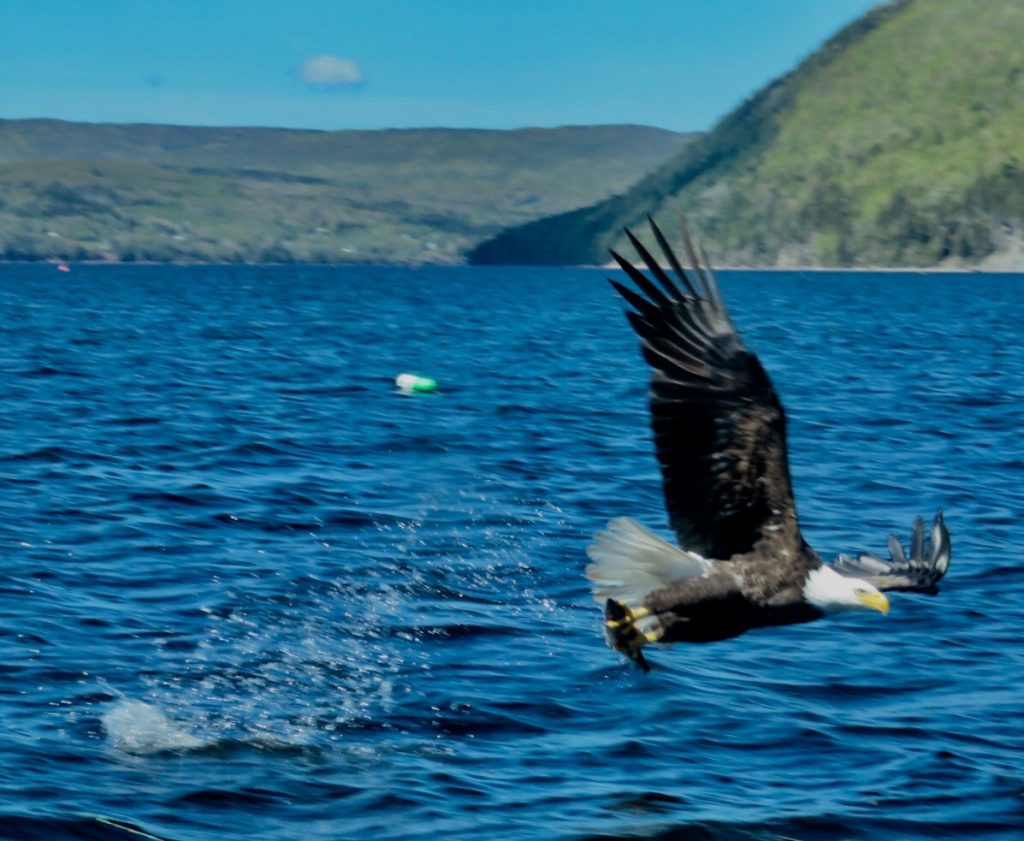 Yes, we did get to see puffins! Out at the Bird Islands, we had our fill of these adorable creatures. Did you know that Atlantic puffins’ beaks are not orange all the time?  Apparently, it’s only during breeding season, so we were thrilled to be there at just the right time. 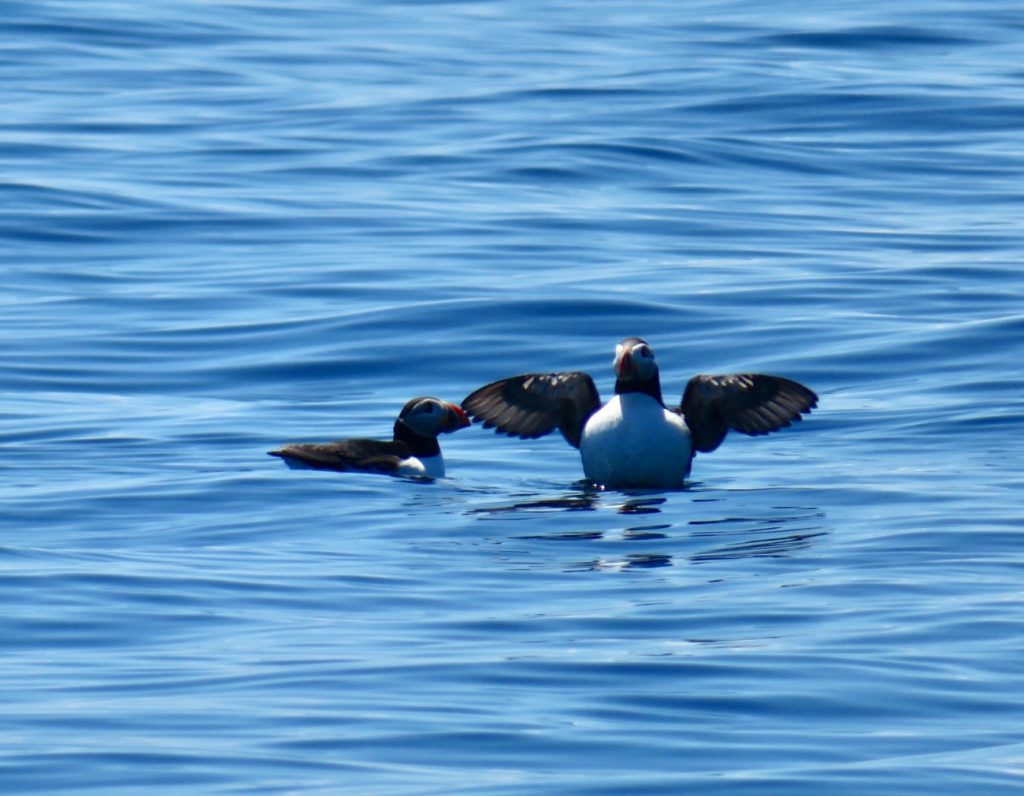 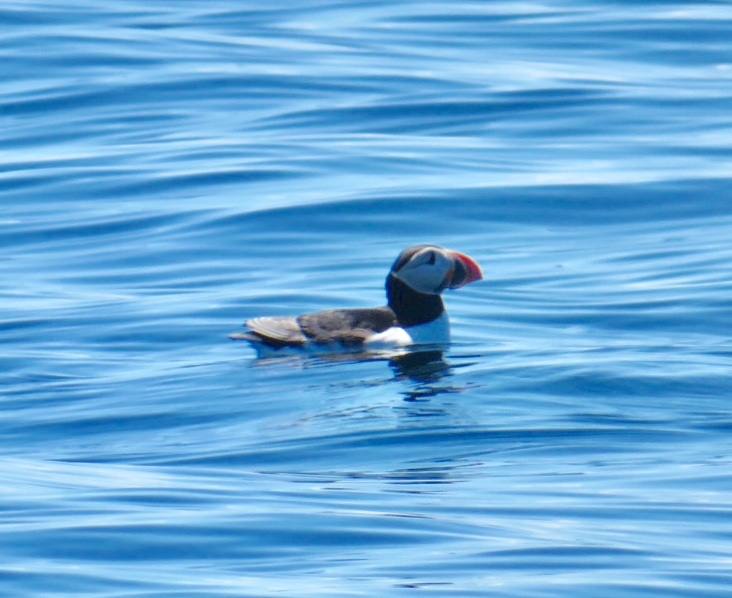 There were also lots of other great sightings—gray seals, gulls, cormorants, guillemots and more. 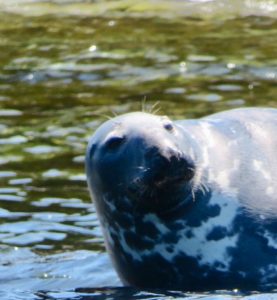 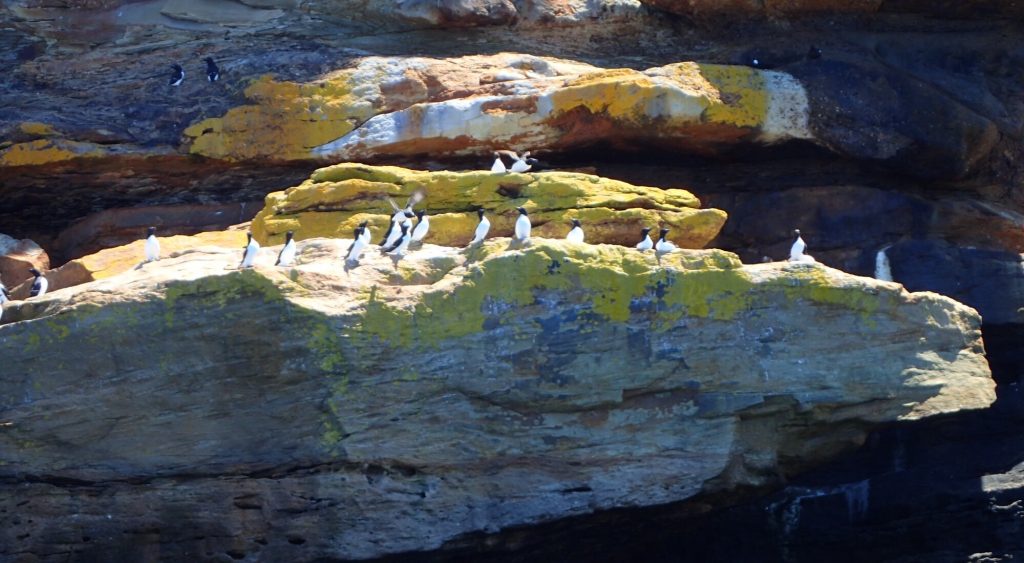 Next, we drove the lower third of the Cabot Trail, entering Cape Breton Highlands National Park on its western side so we could hike the lovely Skyline Trail with its gorgeous coastal views. 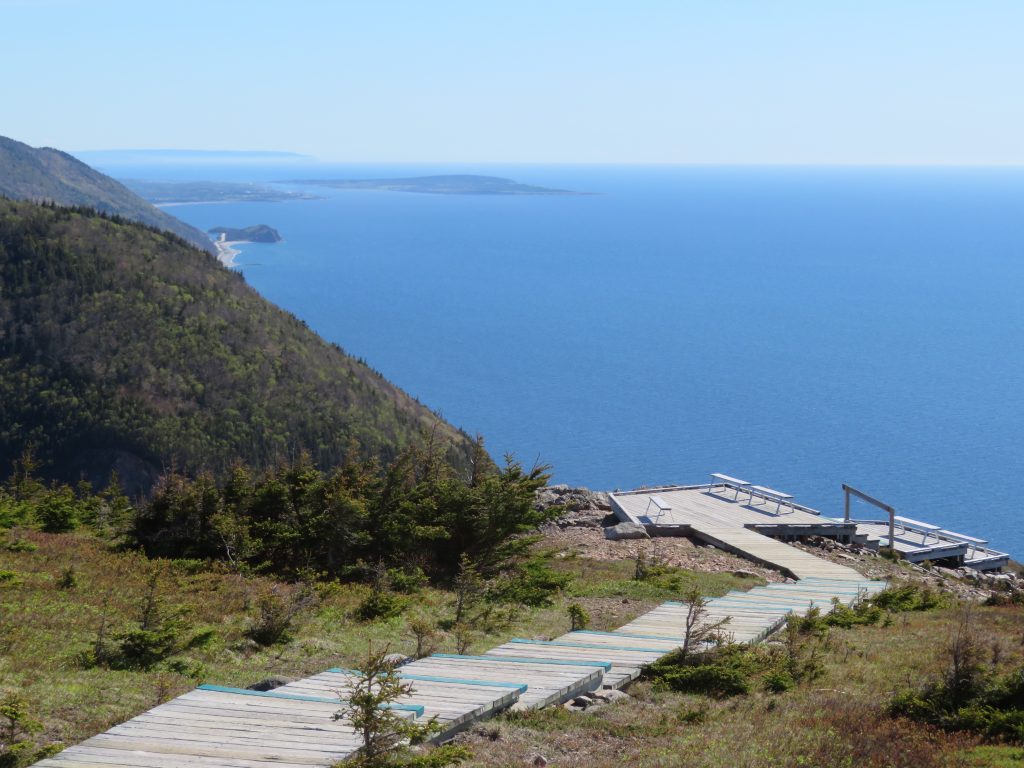 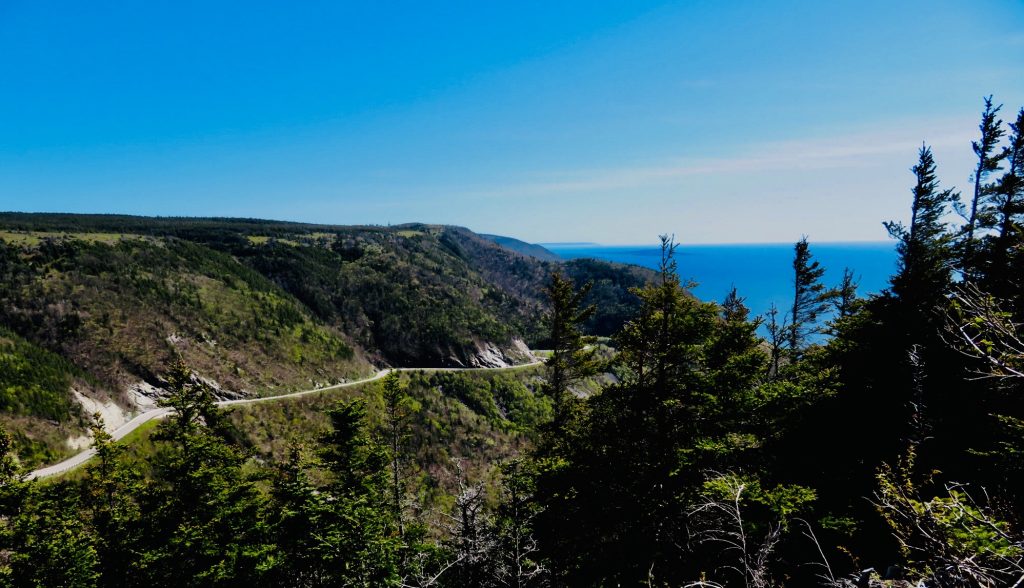 The next day we drove the RV up the east coast of Cape Breton (still on the Cabot Trail), entering the national park again (but on the opposite side), where we camped at Broad Cove Campground. This was no easy feat to drive the motorhome around these narrow, windy, and steep roads (thank you, Hank!).

We could include dozens of gorgeous photos from this side of the island, but here are a few to illustrate this majestic place. Every bit as gorgeous as the Oregon Coast and Highway 1 (PCH) in California, this coastline repeatedly stunned us with its beauty. If you ever get the chance to go to Cape Breton, do it! 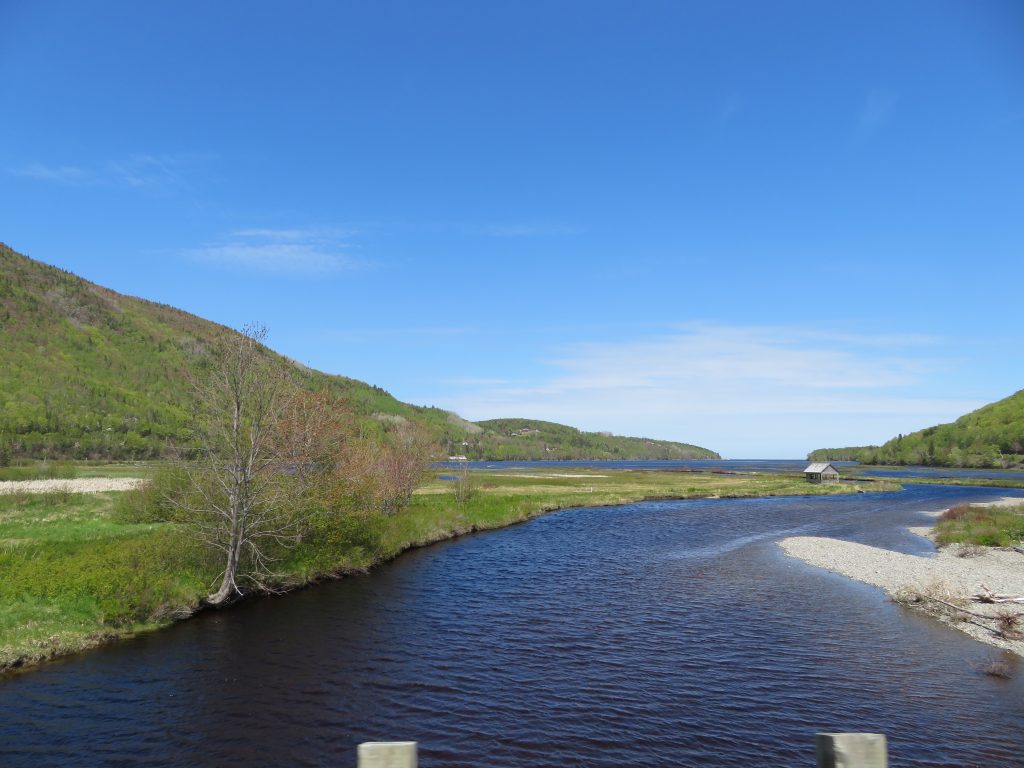 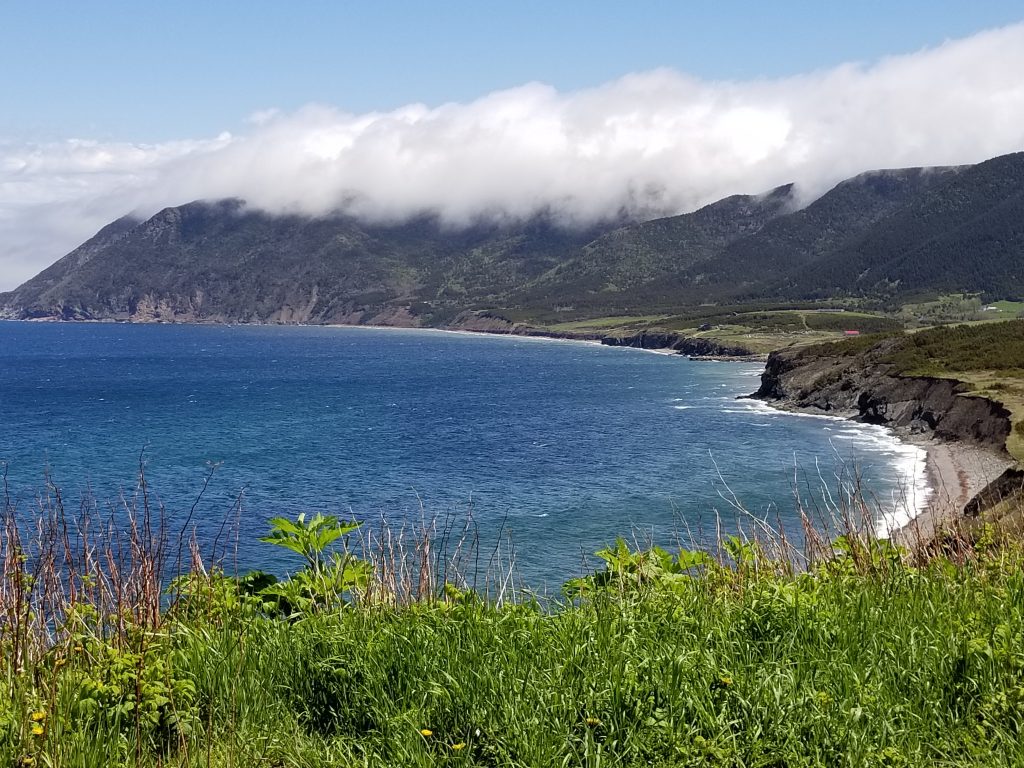 We hiked and drove, and couldn’t believe how beautiful this place was. We celebrated our visit with dinner at the Keltic Lodge and more Celtic music, grateful for the opportunity to visit this majestic place. 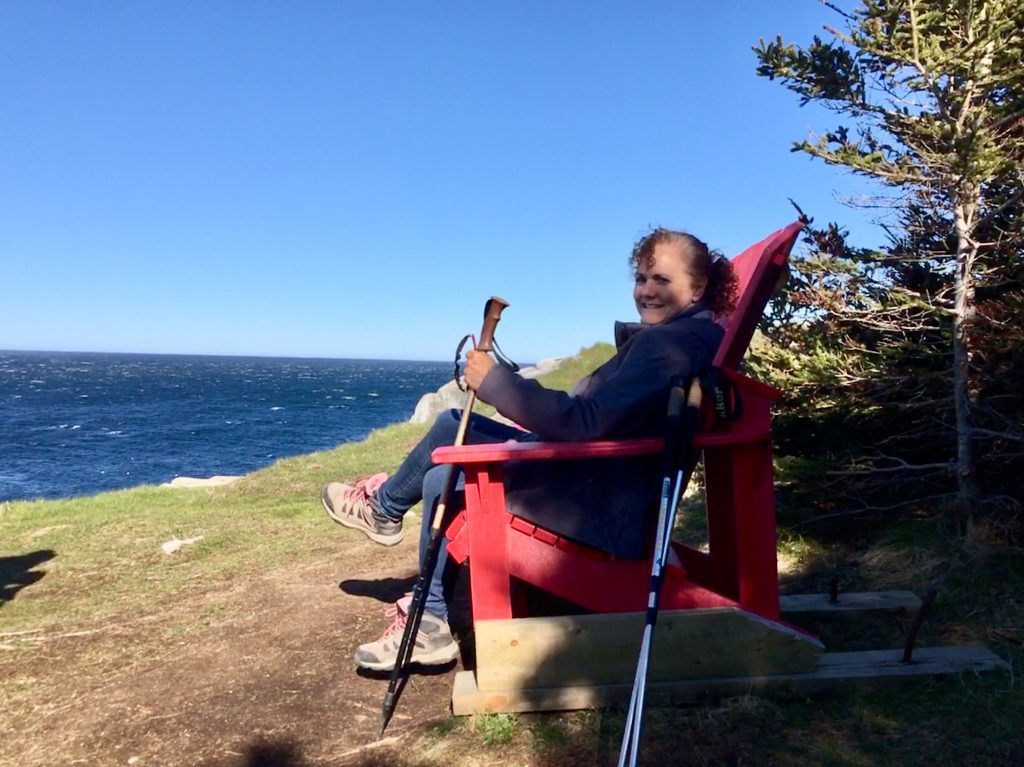 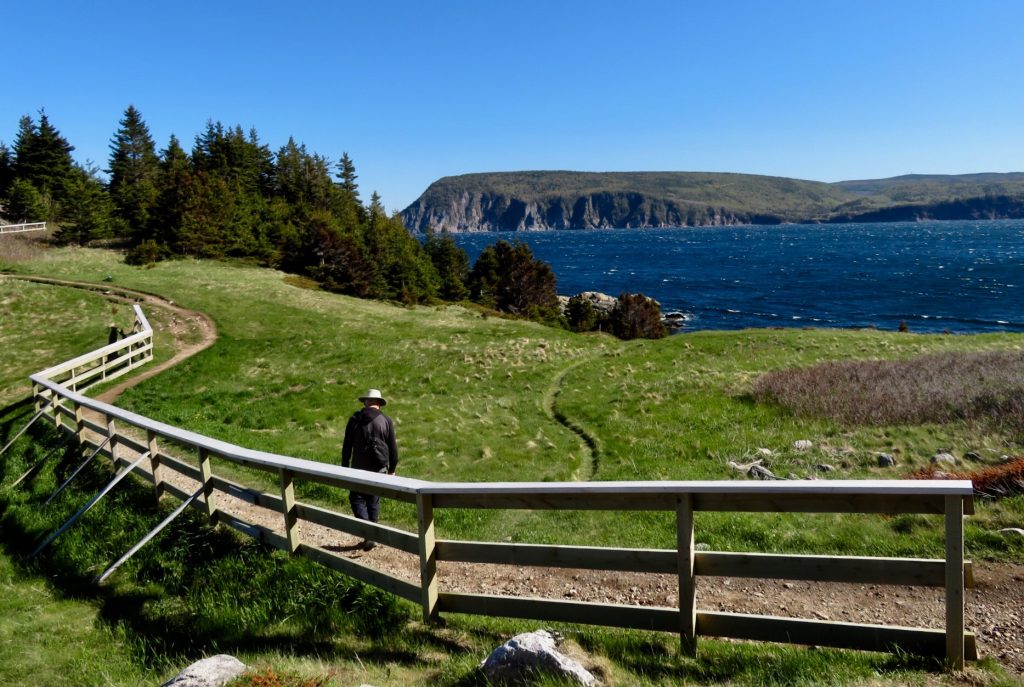 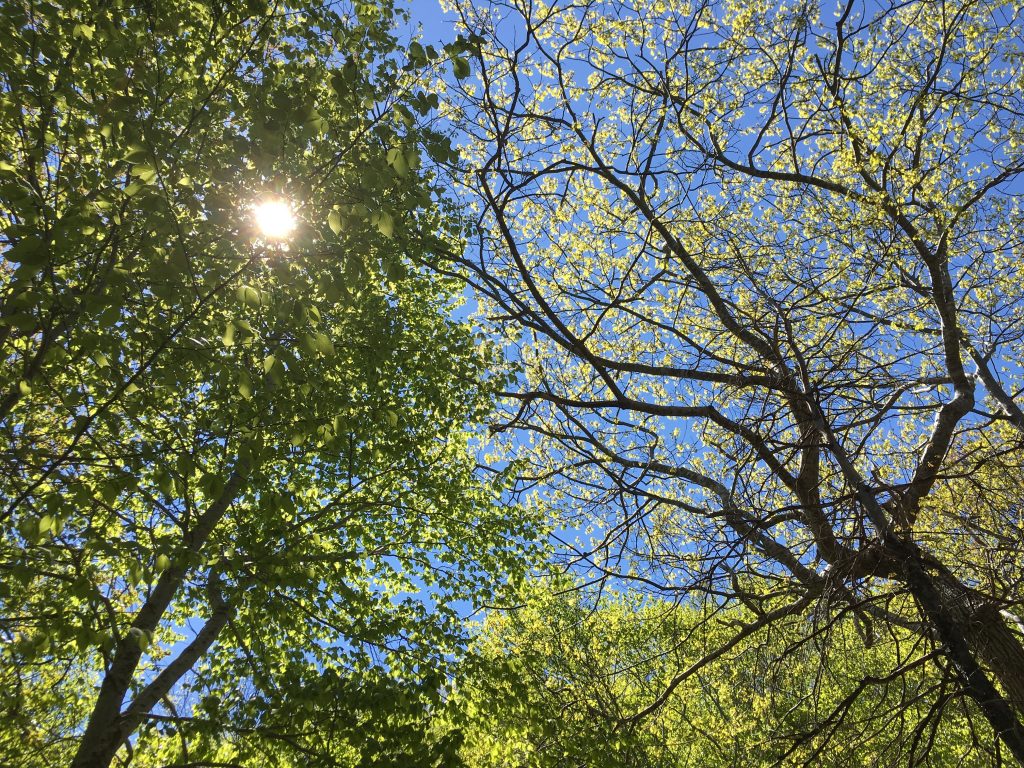 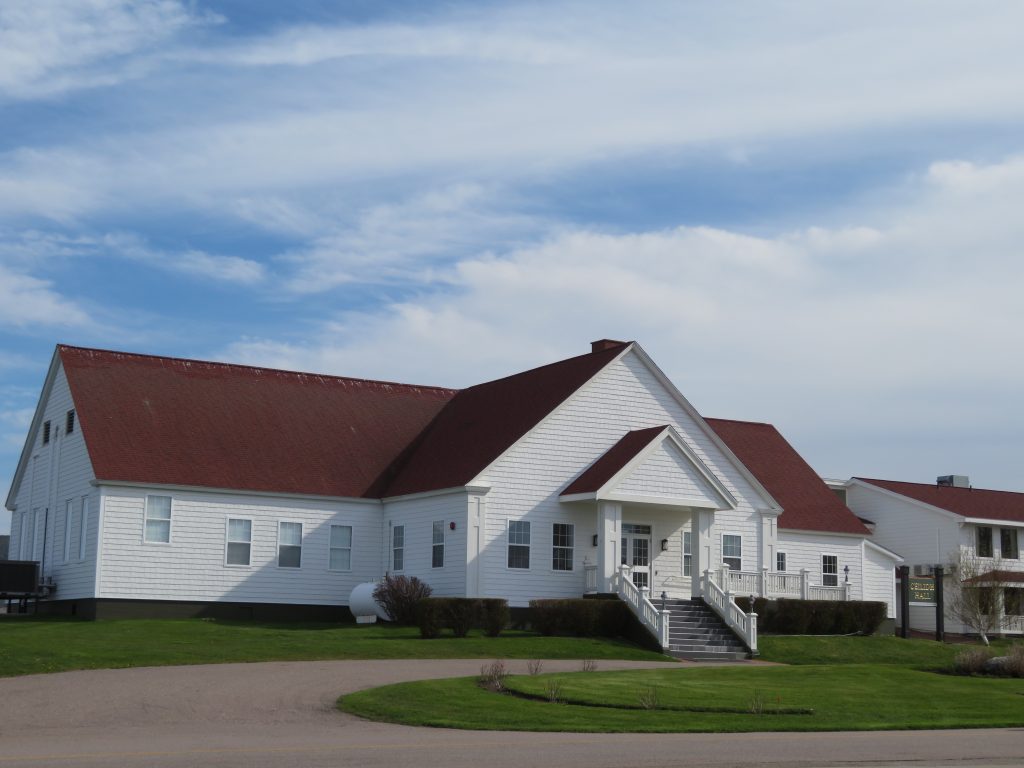 As we close out our blog post on Cape Breton, let us leave you with these words of wisdom from the Tartans and Treasures Shop we saw along the road…And be sure to rrroll those r’s! 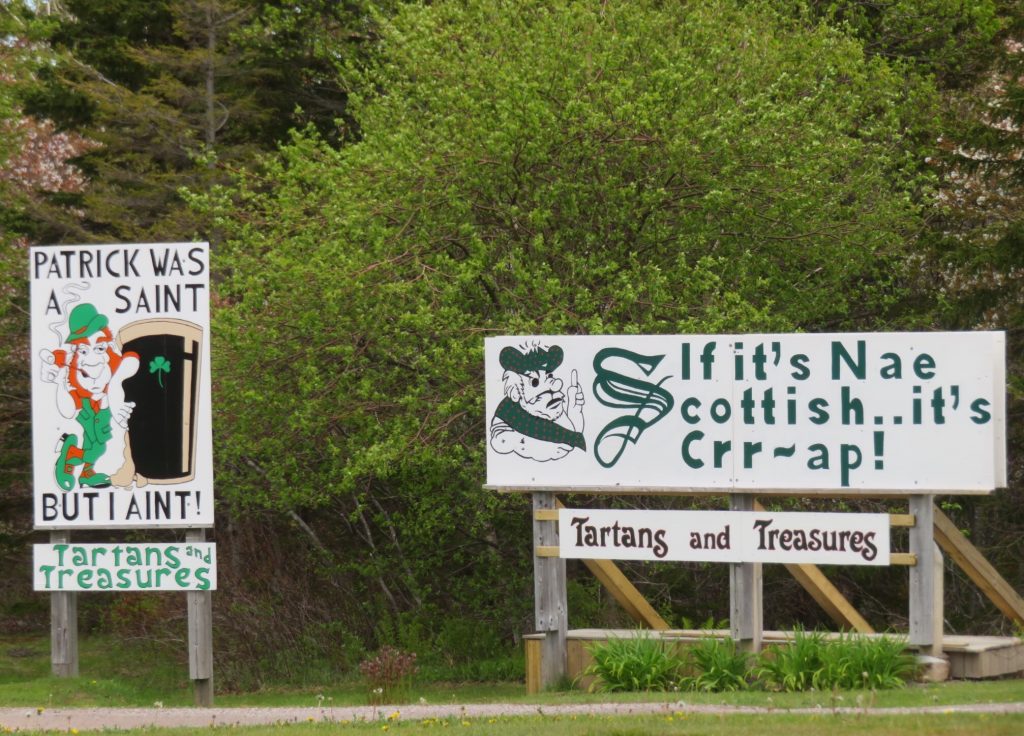