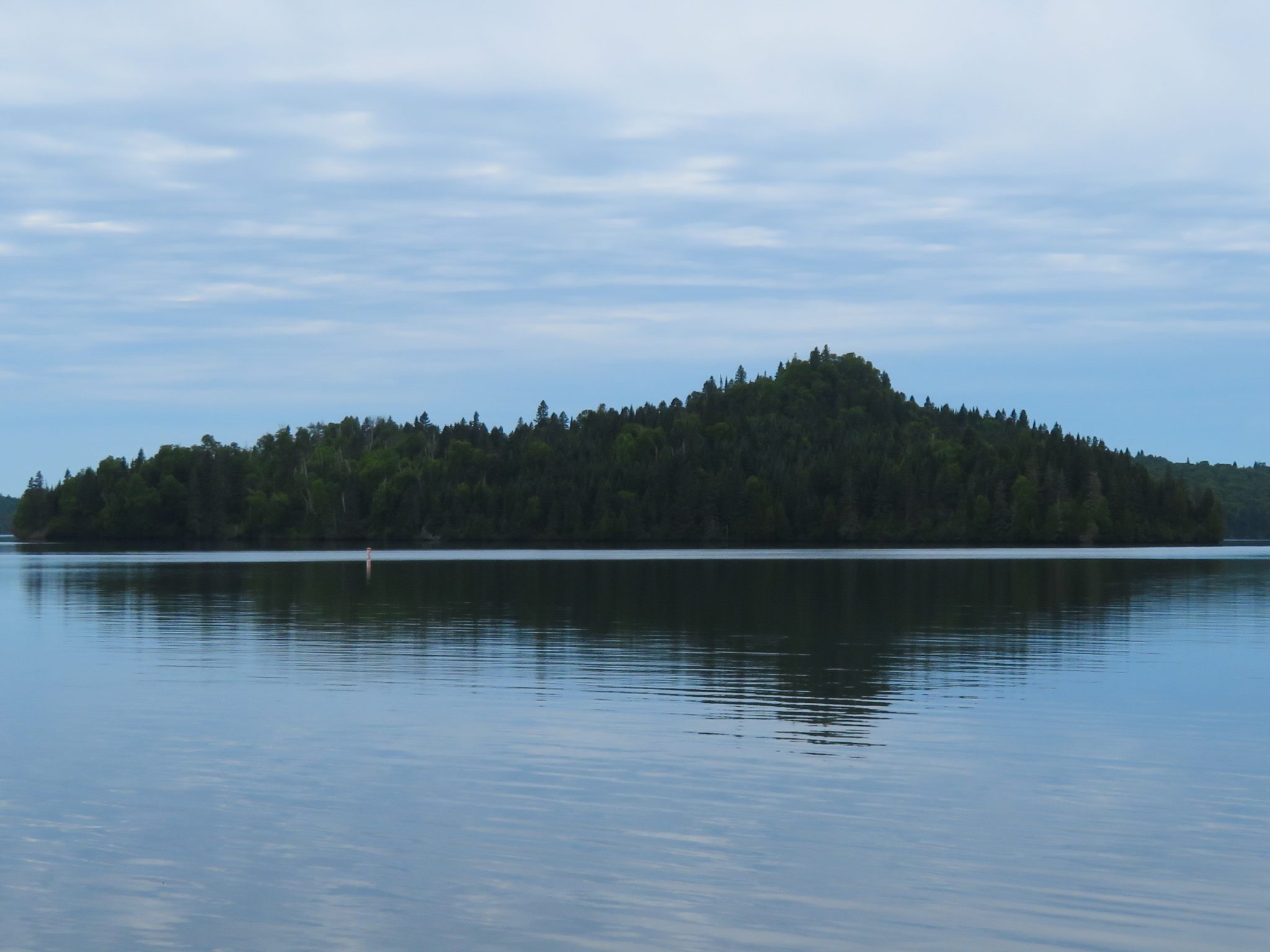 July 2018 — When we planned our trip to Minnesota and the Dakotas, this was the very first reservation we made because there are only two Windigo camper cabins on the western side of Isle Royale, and the reservations fill up quickly.

We took the Voyageur II ferry over from Grand Portage, MN (about 2 hours of chilly, rough and foggy travel across the upper corner of Lake Superior), leaving our motorhome (and cats) alone in Grand Marais for about 34 hours (they were fine 😊). There are two ferries that cross from Grand Portage, on alternating days, and you do have to read the fine print carefully to make sure you book the right ferry, both going and coming back. 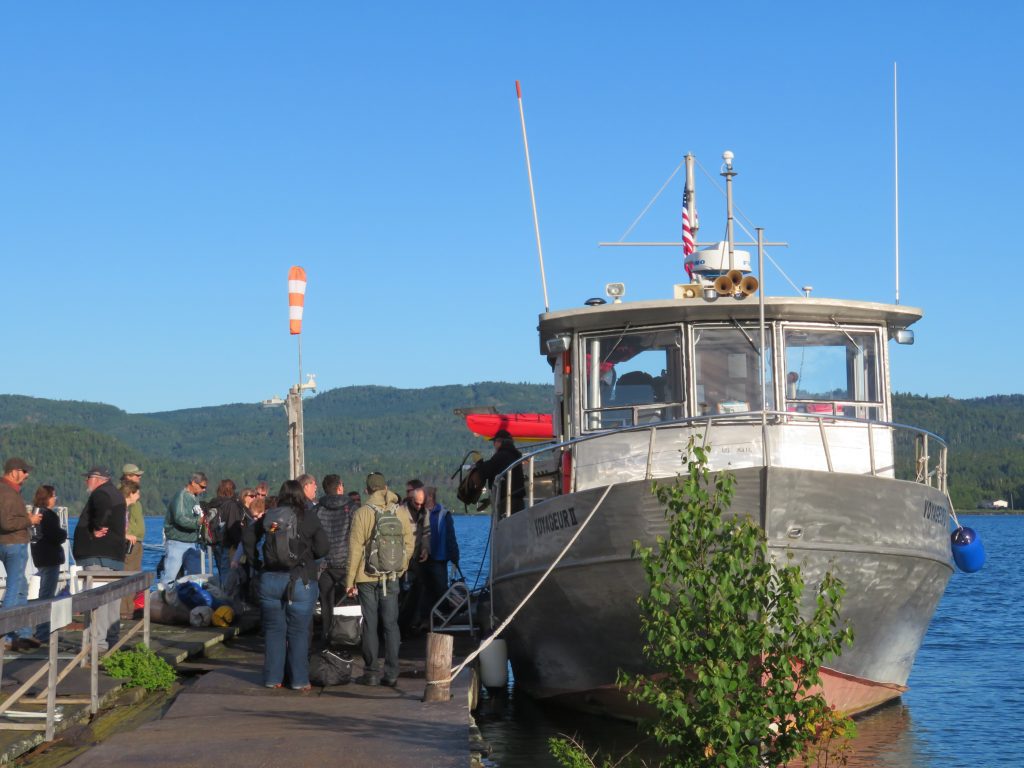 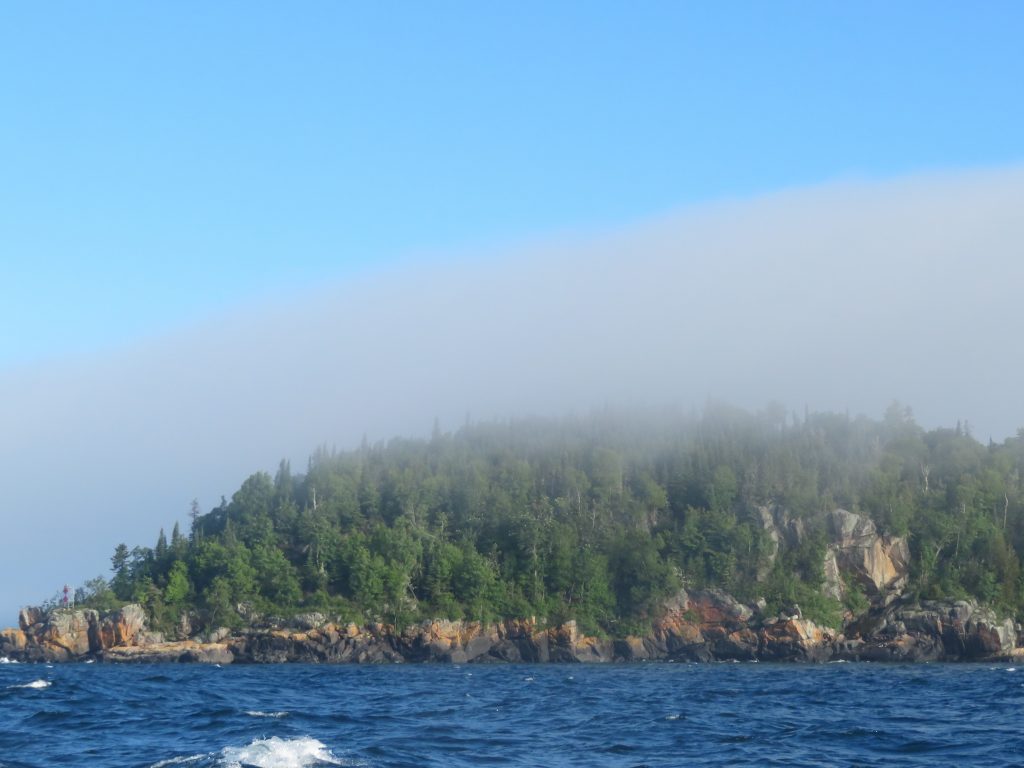 Was the hassle and expense worth it? We think so. No vehicles are permitted on Isle Royale (except a few service jeeps), so you walk everywhere. That forces you to slow down and imagine how life used to be in northern Minnesota. There is a small tenting campground you can walk to, a Visitors’ Center you can walk to, a little store you can walk to, and lots of hiking trails. (This is all on the Windigo side. There are more services on the Rock Harbor side, including a full-service hotel, but that was more time than we wanted to be away.) We met people who were planning to spend a week or more backpacking from Windigo to Rock Harbor, and others who, like us, were just spending one night. 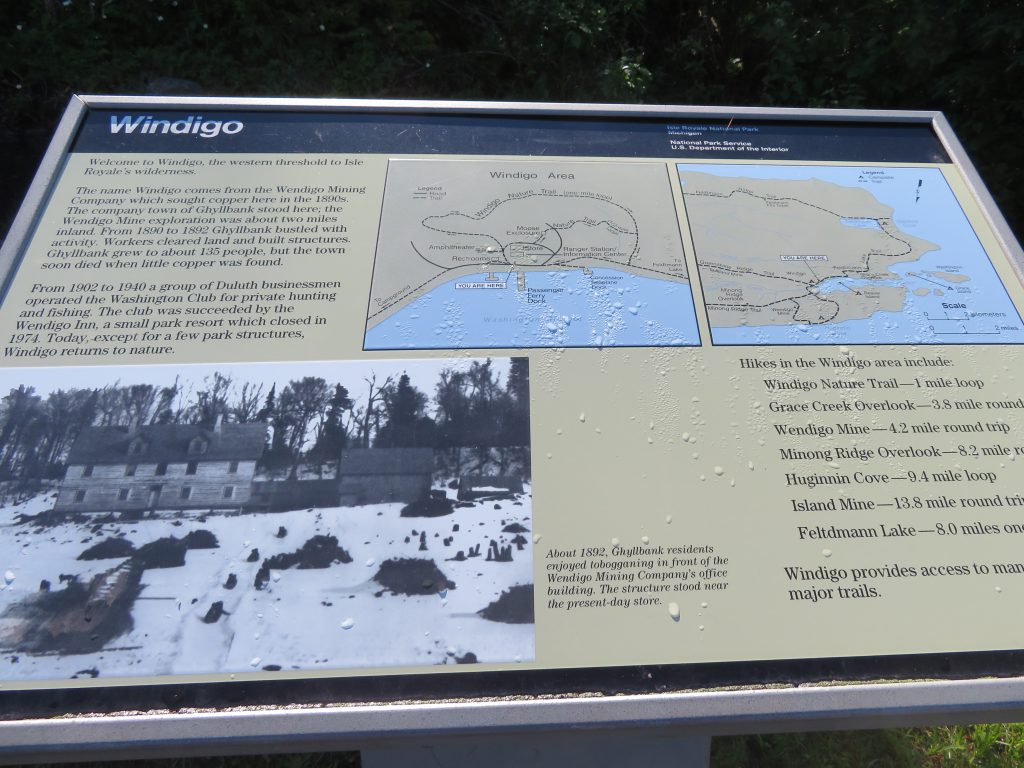 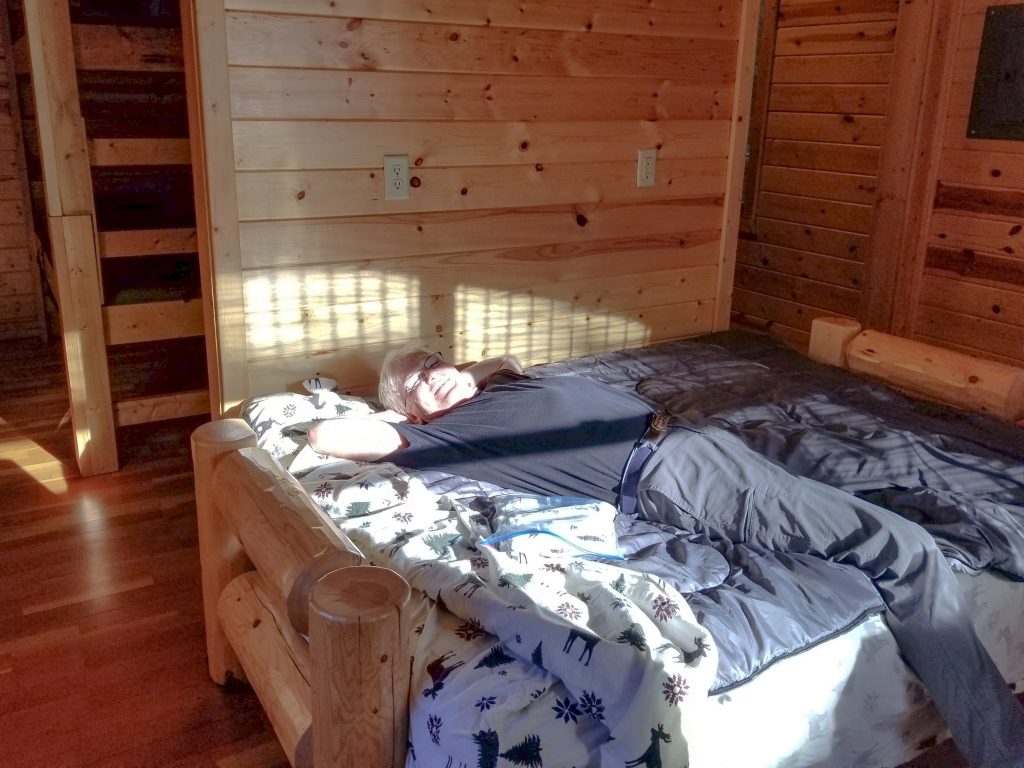 Hiking: There are lots of hiking and backpacking trails on Isle Royale, and the forest is lush with colorful wildflowers, views of the water and trees, and wildlife in abundance—birds, squirrels and butterflies. We chose to do two moderate hikes that were recommended by the rangers. 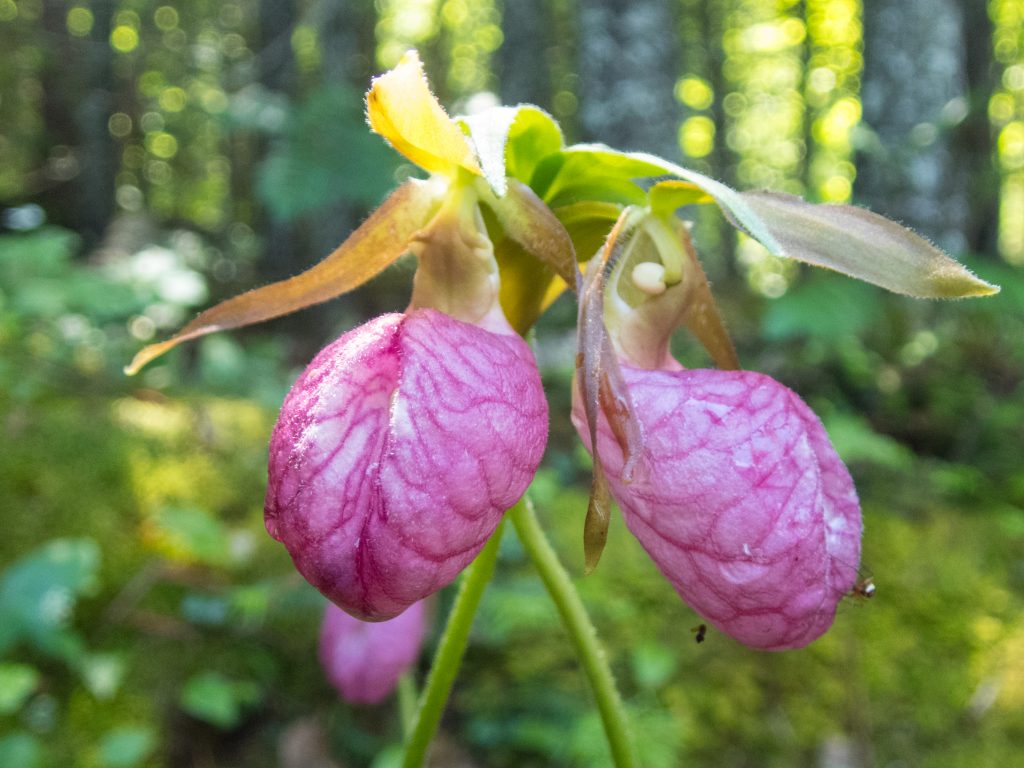 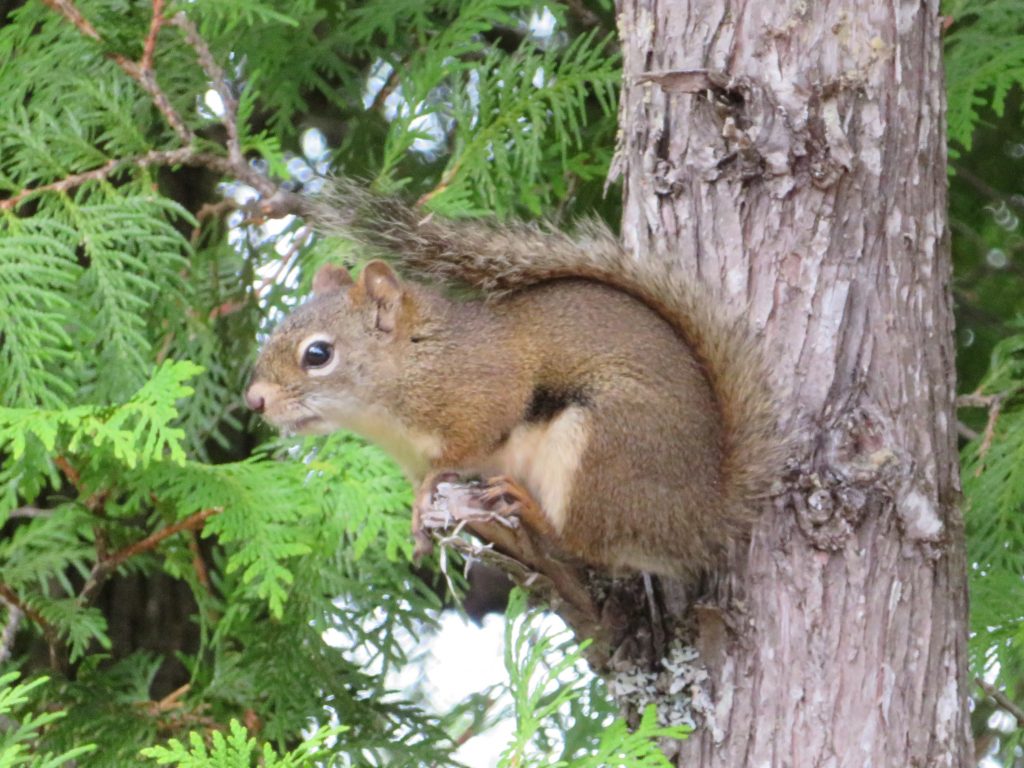 We hiked the Feldtman Lake Trail to the Grace Creek overlook (about 3.6 miles round-trip) to a point where we could look down on the creek, Feldtman Lake, and Lake Superior all in the same spot. 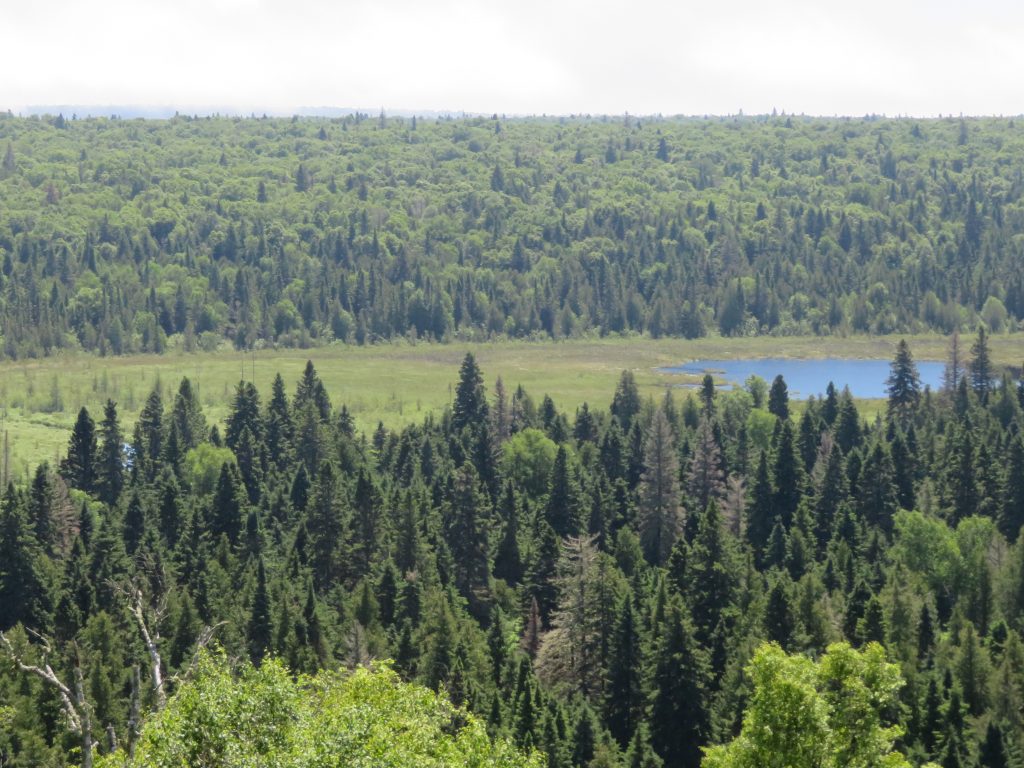 After an early dinner (we brought all our food with us and the cabin had a propane grill to use, but no refrigeration or water), we saw a RED FOX walk right by our cabin with a squirrel she was taking home to feed her pups. She was so startled that she didn’t know which way to go. Clearly the animals are not that used to a lot of people around these parts. 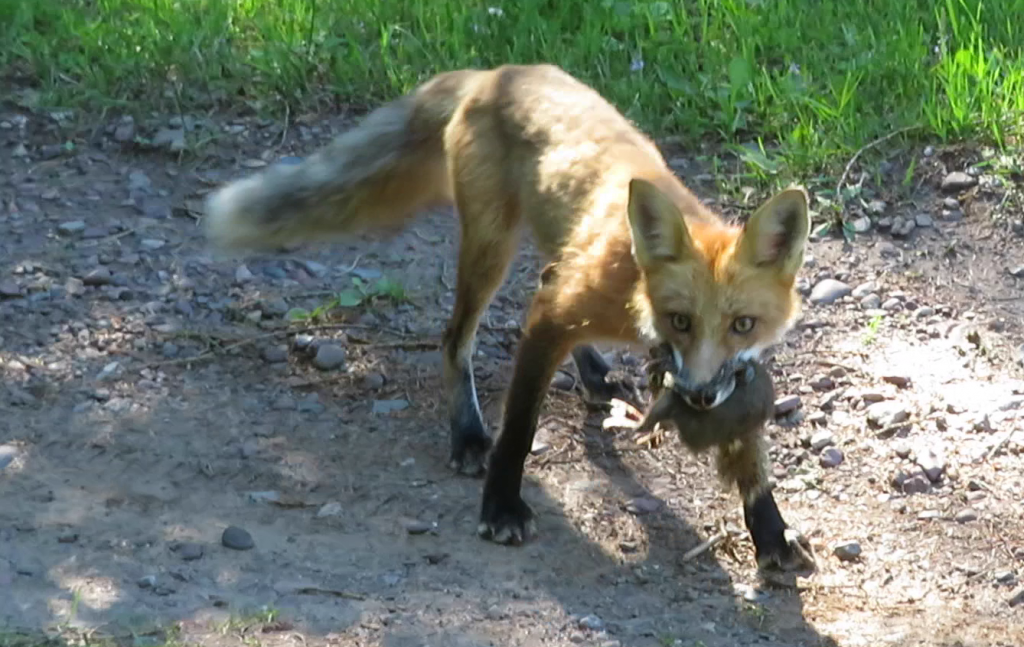 We also walked over to the campground in hopes of seeing moose, but no luck (they were spotted by other people, and are fairly common on the island). Lots of mosquitoes, though, so bring your repellent! We also learned from the rangers that the current wolf population was down to 1 or 2, but the NPS had just made the decision to bring wolves from another location to help maintain the ecosystem, since wolves and moose have co-existed on Isle Royale for at least 70 years.

We had hoped to get up early and rent kayaks from the store, but we were exhausted and slept in. The Visitors’ Center has flush toilets and hot showers (coin-operated), so we got cleaned up before heading out for the self-guided Nature Trail (a 1.2-mile loop), then relaxed by the dock, looking for otters (again, no luck). There was a very informative ranger talk on how animals on Isle Royale are different from the mainland, and then we caught the same ferry back to the mainland (much warmer on the return trip). We were back in our RV in Grand Marais by 4:00 p.m. 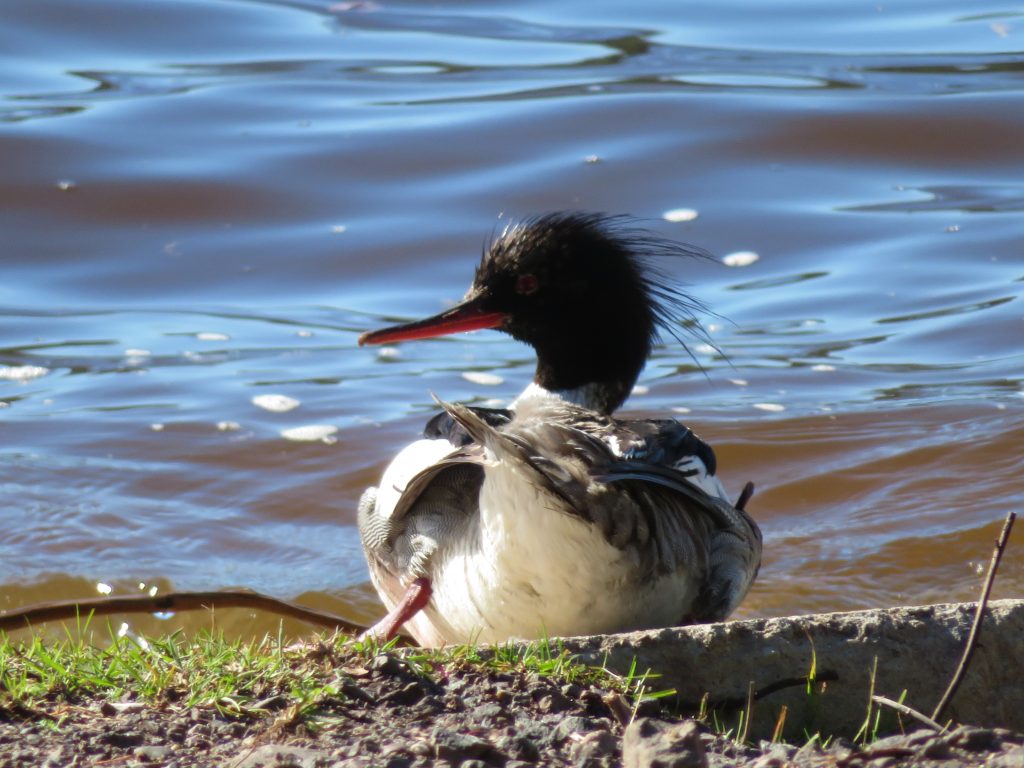 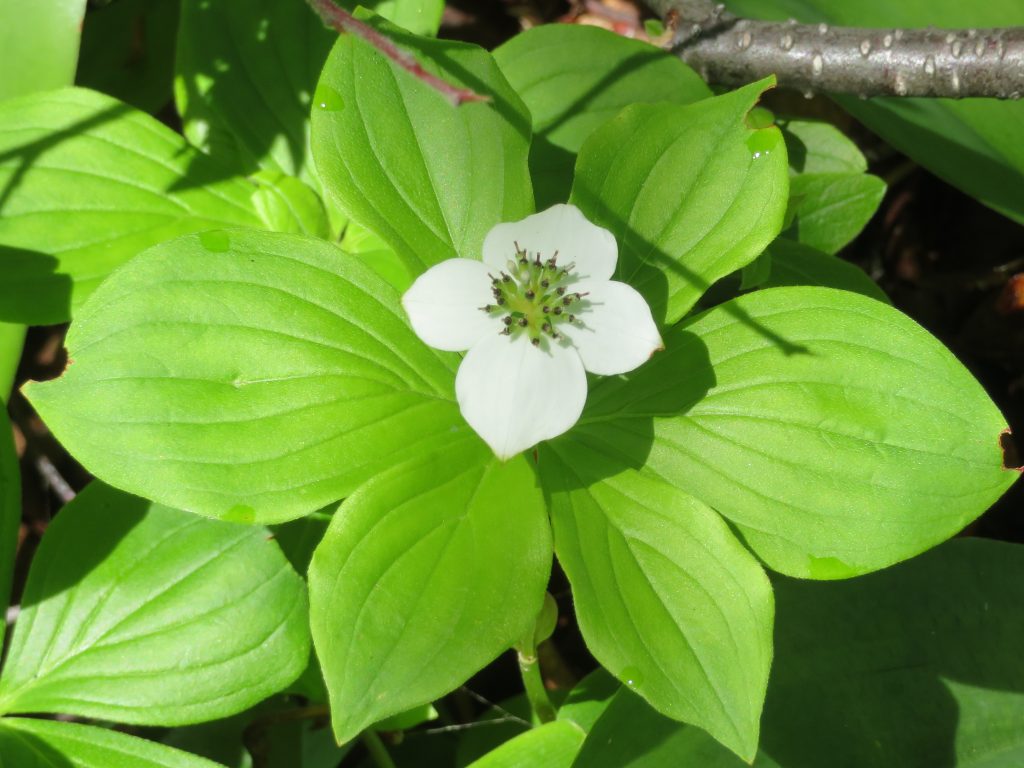