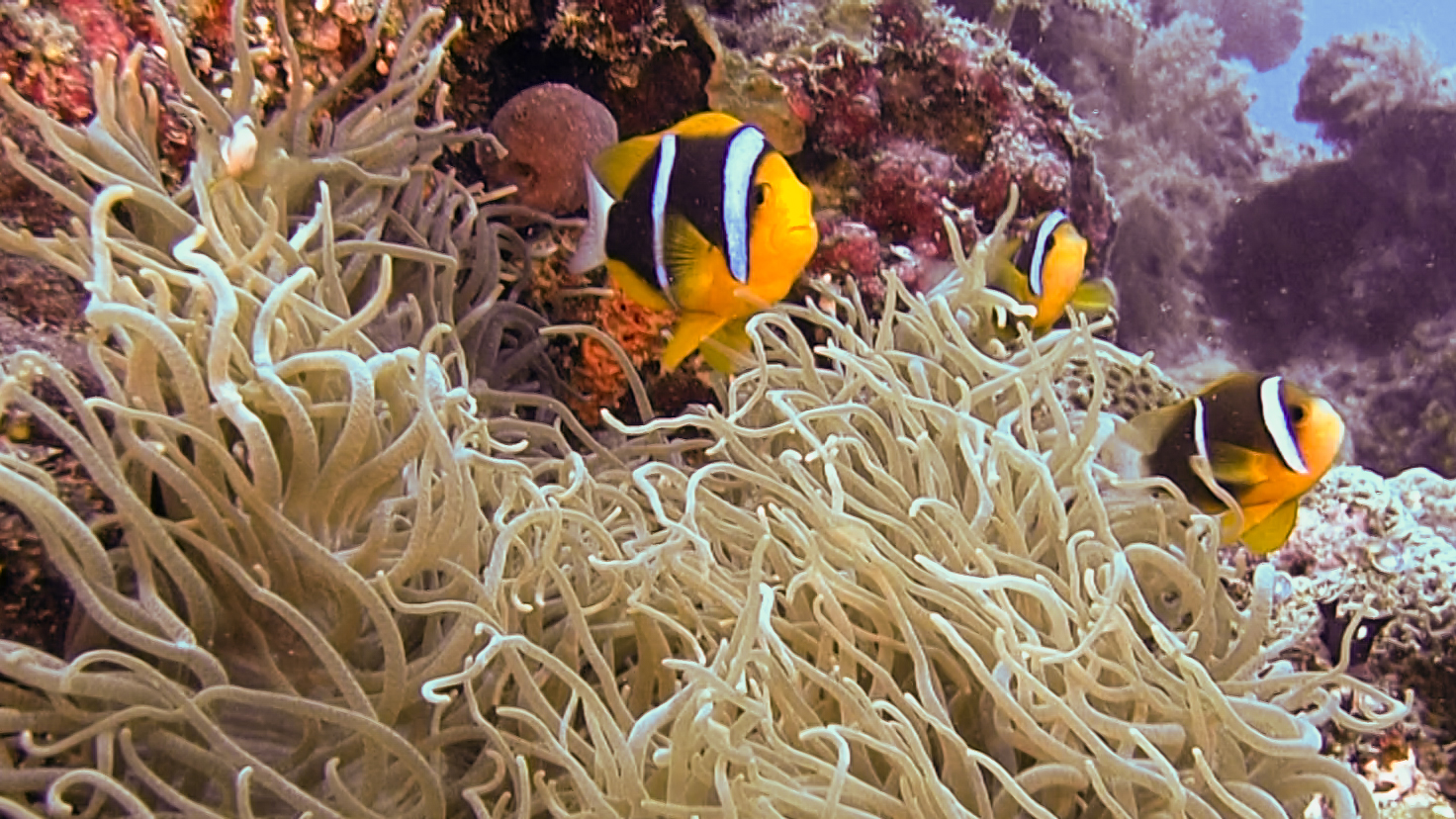 It took us a long time to get to Koror, Palau, but we are so glad we made the trip! We (and our eight dive buddies) traveled 7,174 miles across 17 time zones, flying from LAX to Honolulu (with our little tangential trip to Kauai—see previous post), where our flight to Guam was delayed because the pilot was ill. After arriving in Guam 8 hours late (and therefore missing our connection to Palau), we were put up by United in a small hotel where we got a bit of sleep and ate a late breakfast at Denny’s. We caught the plane to Palau about 24 hours late, but arrived safely after more than 40 hours of travel time (from Kauai to Honolulu to Guam to Koror, Palau).

Arriving at our beautiful hotel, the Palau Pacific Resort, we crashed into bed but were up early the next morning for our first dive of the trip. Though it was supposed to be the “dry” season, we experienced torrential rains off and on through much of our week in Palau. The good news is that when you’re diving, it doesn’t matter too much if it’s raining up top.

The Republic of Palau is a chain of about 340 islands where 20,000 people live, 600 miles east of the Philippines and 400 miles north of the island of New Guinea (Indonesia and Papua New Guinea). Settled 3000 years ago by migrants from Southeast Asia, the islands were colonized by the Spanish, sold to Germany in 1899, and then given to Japan following World War I. Japan was unhappy with the land it received from the League of Nations after World War I and began to build up a military presence in the 1920s and 1930s (see the next post with information on Peleliu). A bloody, lengthy battle on Peleliu in World War II resulted in Palau becoming part of a U.S. Trust Territory, and Palau gained its independence in 1994. One of its official languages is English, the country uses American currency, you can drink tap water in the hotel, and electrical plugs are the same as the U.S., so it is a comfortable tourist destination for Americans (though much closer to Taiwan and Japan than to the U.S.).  Palau even has a U.S. Zip Code–96940!

Palau is known for its diving, including World War II wrecks, Blue Corner, the Rock Islands, and its pristine coral reefs. It is also famous for Jellyfish Lake, so we had plenty to explore. Fish ‘n Fins was our local dive shop, who transported us daily from the hotel to the dive boat, and we had a fantastic crew of Rodney (boat captain), Silas and Ricko (our two dive guides).

Here’s a description of our 12 dives, 1 snorkel, and 1 skin treatment, around the Rock Islands of Palau.

1. Jake Seaplane wreck – our hotel was built on the former site of a Japanese airplane manufacturing plant, and there are many wreck dives around Palau—airplanes and ships that met their end around the islands. This wreck in 45 feet of water is very close to town and was a great first dive. The Japanese Aichi Navy Floatplane model was nicknamed “Jake” by the Allies, and this particular plane crashed after its engines stopped working (cause unknown).

Highlights:
• The seaplane itself, relatively intact with beautiful sponges, corals and sea life growing on and around it.
• Eight-Banded Butterflyfish
• Honeycomb Oyster
• Saddled Butterflyfish (we saw over 19 species of butterflyfish in Palau)

2. German Channel (1st time) – This is a manmade cut through the coral that was blasted by the Germans prior to World War I to ship guano (bird and bat excrement) from its excavation site to town where it could be sent on to Europe for use as fertilizer. The mouth of the channel provides a great variety of diving opportunities, and we did three dives here over the course of our week. This is a great place to see sharks and rays, though the visibility was not great during our first visit here.

Check out our lunchroom.  It doesn’t get any prettier than this! 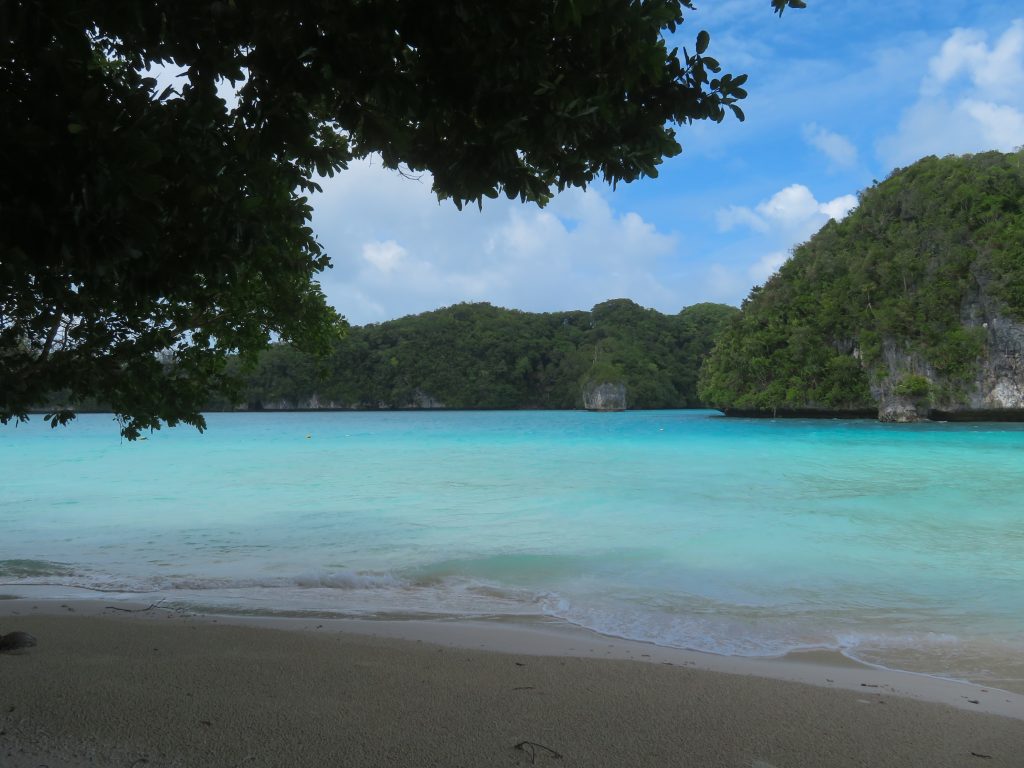 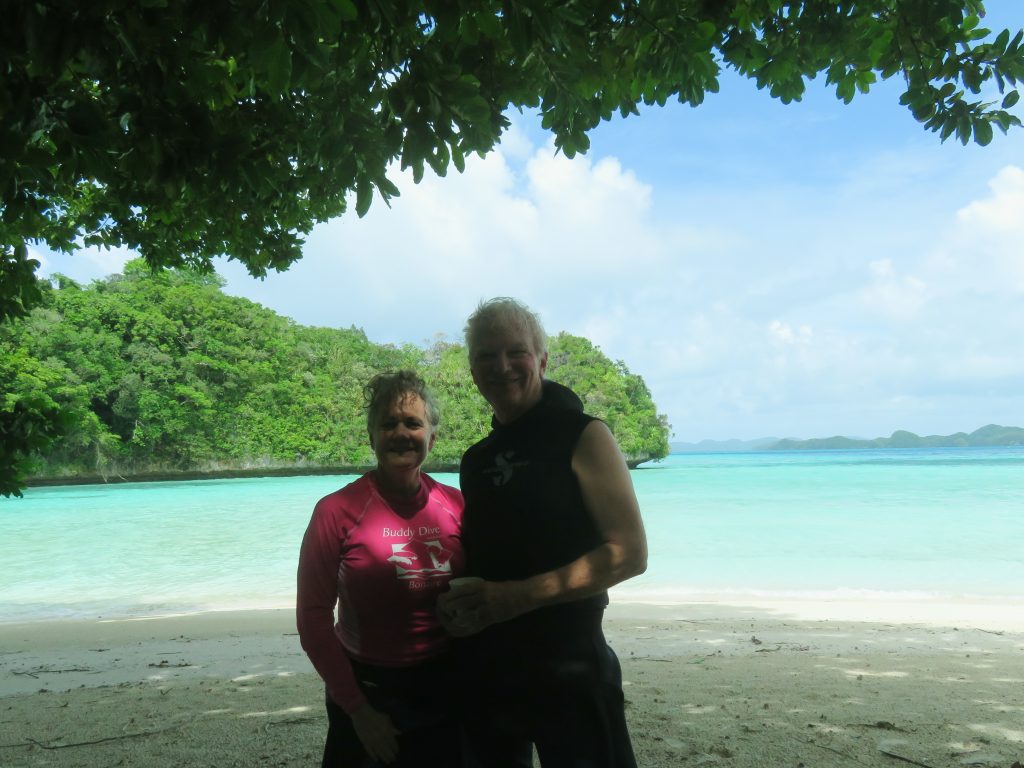 4. Jellyfish Lake (snorkel) – Ongeimi’l Tketau (Palauan name). There are between 50 and 70 marine (saltwater) lakes scattered around the islands of Palau which are sufficiently isolated so that the jellyfish there have essentially lost their ability to sting. The only lake that is open to the public requires you to obtain a permit, hike up and over the middle of a small island to a dock, and don snorkel gear (SCUBA is prohibited) to swim into the middle of a lake where two species of jellyfish (golden and moon) reside. It’s best to do this snorkel on a sunny day because the jellyfish move across the lake following the sun. Truly a once-in-a-lifetime experience! 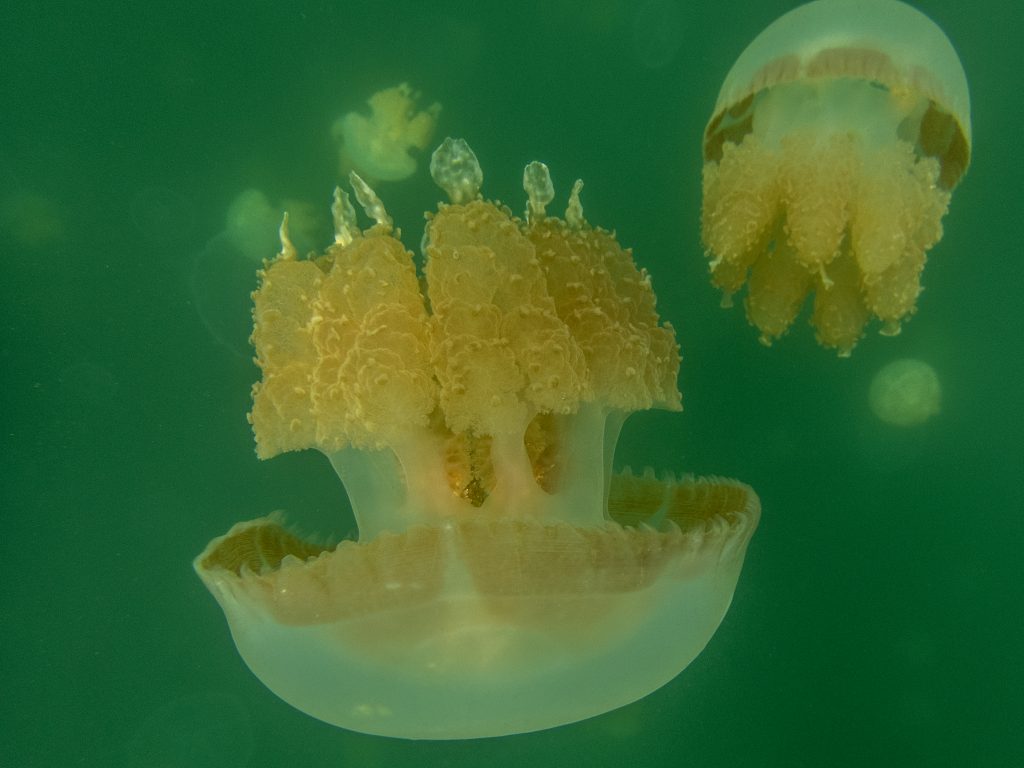 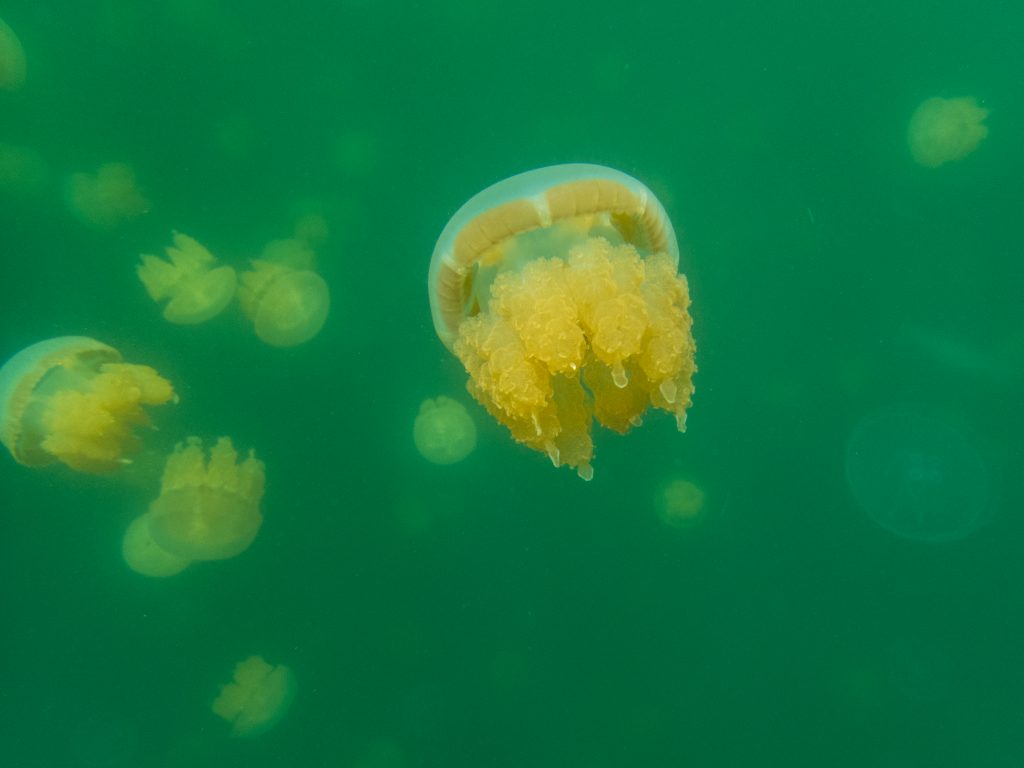 6. German Channel (2nd time) – On our second visit to German Channel, we concentrated on the cleaning station, so we got to see lots of big stuff—Gray Reef Sharks, Whitetip Reef Sharks, Moray Eels and Barracudas. While not great visibility today, it was full of critters of all shapes and sizes.

7. Milky Way – a secluded lagoon in Palau’s Rock Islands offers a unique chance to experience a natural skin treatment, courtesy of thick white mud made of limestone and chalk. Our dive guide Silas swam to the bottom and pulled up two large handfuls of mud, which we proceeded to slather onto our faces and bodies. Supposedly, this is great for your skin, though we probably didn’t have it on long enough to experience the full effects.

Highlights:
• Beautiful lagoon
• Warm water and lots of fun at the end of a long day

8. Turtle Wall – This was one of our favorite dive sights, and it was very accurately named. We saw close to a dozen turtles on this dive—swimming, tucked into sections of the reef, just hanging out. In addition, it contained gorgeous sea fans, hard and soft coral and an abundance of fish species.

9. Blue Corner – the premier dive site in Palau, Blue Corner lived up to the hype. We swam past large numbers of fish, used our reef hooks for the first time (they hook onto rocks or dead coral) and settled down for the show of a lifetime while large schools of all kinds of fish, including sharks, proceeded past us. The current is too strong to just hang out, but the reef hook allows you to float in the water without being swept away. It was a first for all of us, and totally awesome!

As if we hadn’t had enough excitement at Blue Corner, on the way to our lunch site we were treated to a large pod of dolphins swimming along with the boat! 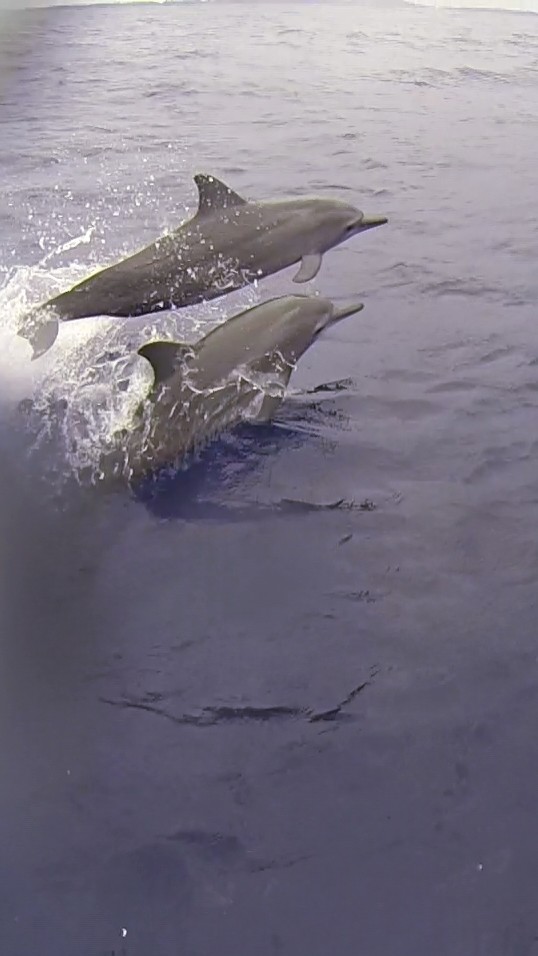 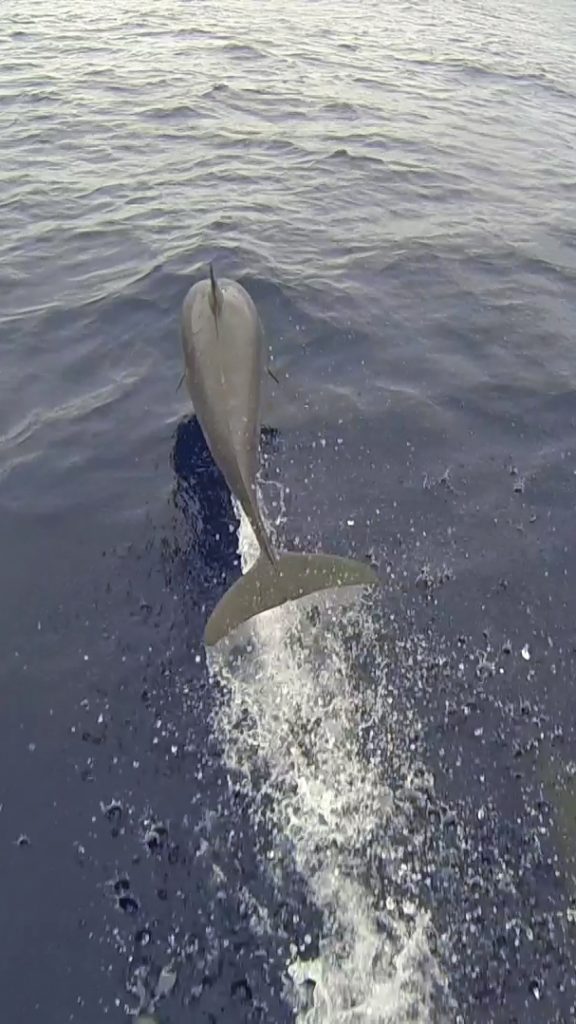 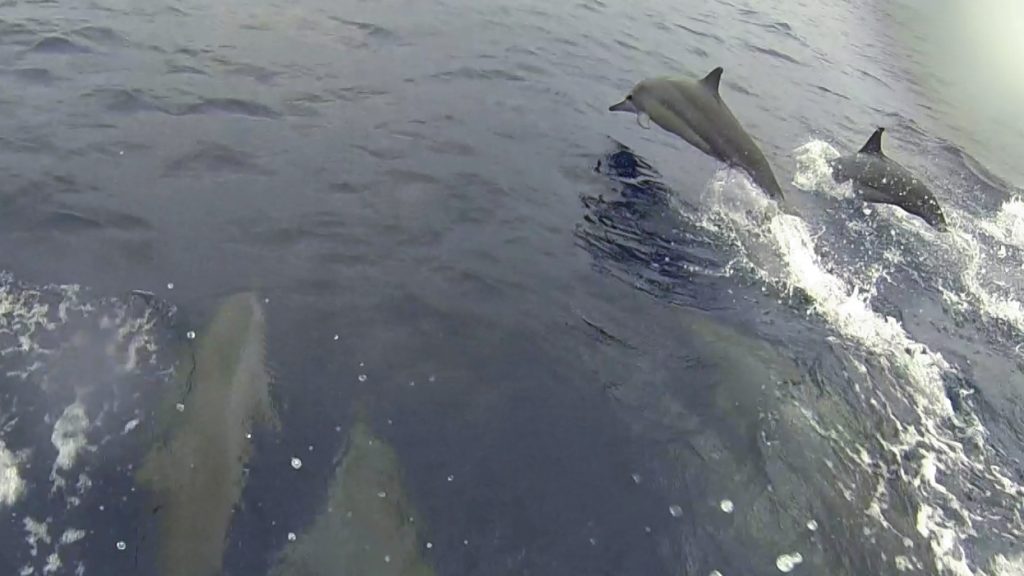 10. Chandelier Cave – This cave probably was an open-air cave at one time, but as sea levels rose, parts of the cave system were submerged under water. We came here to look for mandarinfish, which we found outside the cave, but our first cave diving experience was very positive for other reasons as well (though we’re not sure we want to do more cave diving in the future). We followed Ricko into four different chambers, where we surfaced, breathed air and chatted, then dove down again and headed to the next chamber. Strong lights and an excellent guide kept this from being a terrifying dive in the dark alone.

Highlights:
• Mandarinfish (very small and shy, so we didn’t get a great photo–here’s a link to a webpage with several mandarinfish, so you can see what they really look like: mandarinfish)
• Pajama cardinalfish
• Caves

We’ll stop this post here, and you can read about the rest of the trip in our next blog post (if we haven’t put you to sleep yet).  Our thanks to Bluewater Dive Travel for setting up this amazing trip for us!

This blog post is dedicated to our friend Trish Geyling, who passed away at age 53 from complications due to ALS while we were on this trip. Though we are glad she is no longer suffering, we grieve that Trish was taken from this earth and her family way too soon. Trish’s life reminds us to take advantage of every minute to live life to the fullest, loving God and caring for people around us (just like Trish did). See Rudy’s Beat blog to learn more. 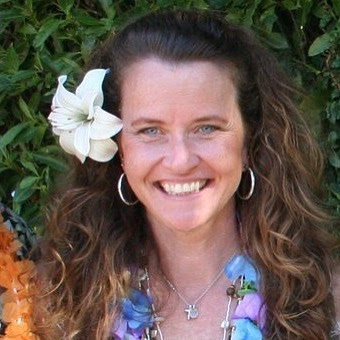 8 thoughts on “Diving in Palau–Wow! (Part One)”