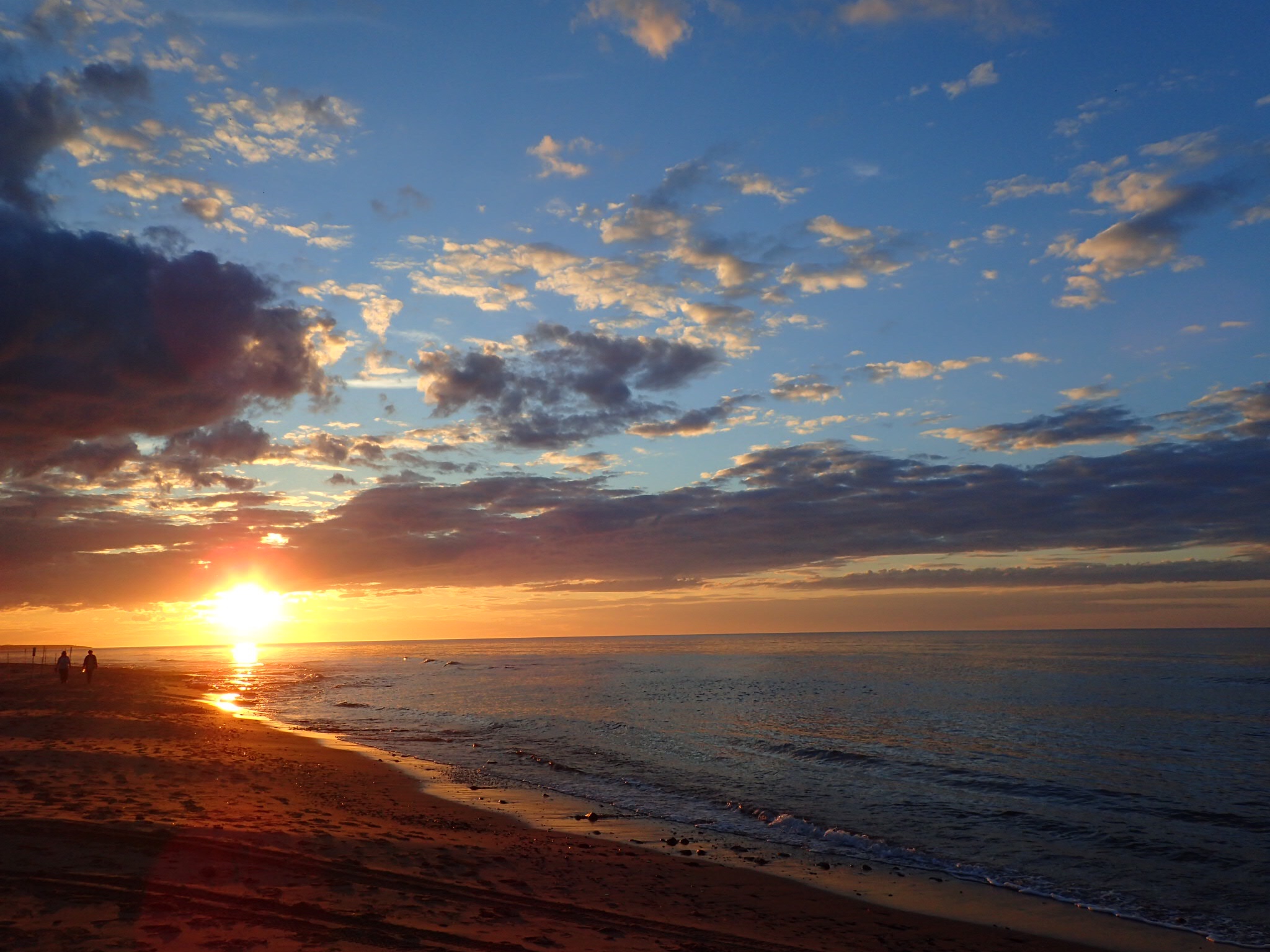 Ever since I watched the PBS series of Anne of Green Gables, I’ve wanted to go to Prince Edward Island. Sometimes the reality doesn’t match up to the anticipation, but in this case, the reality was every bit as good as what we had hoped for.

We traveled across the Confederation Bridge to get to this smallest Canadian province (less than 150,000 people, and just slightly bigger than the state of Delaware). The bridge was only completed in 1997 (at a cost of over $1 billion); prior to that you had to take a ferry if you wanted to visit PEI. The curved, 8-mile long bridge is the longest in the world that crosses ice-covered water, and it is considered to be one of Canada’s top 20th-century engineering accomplishments. 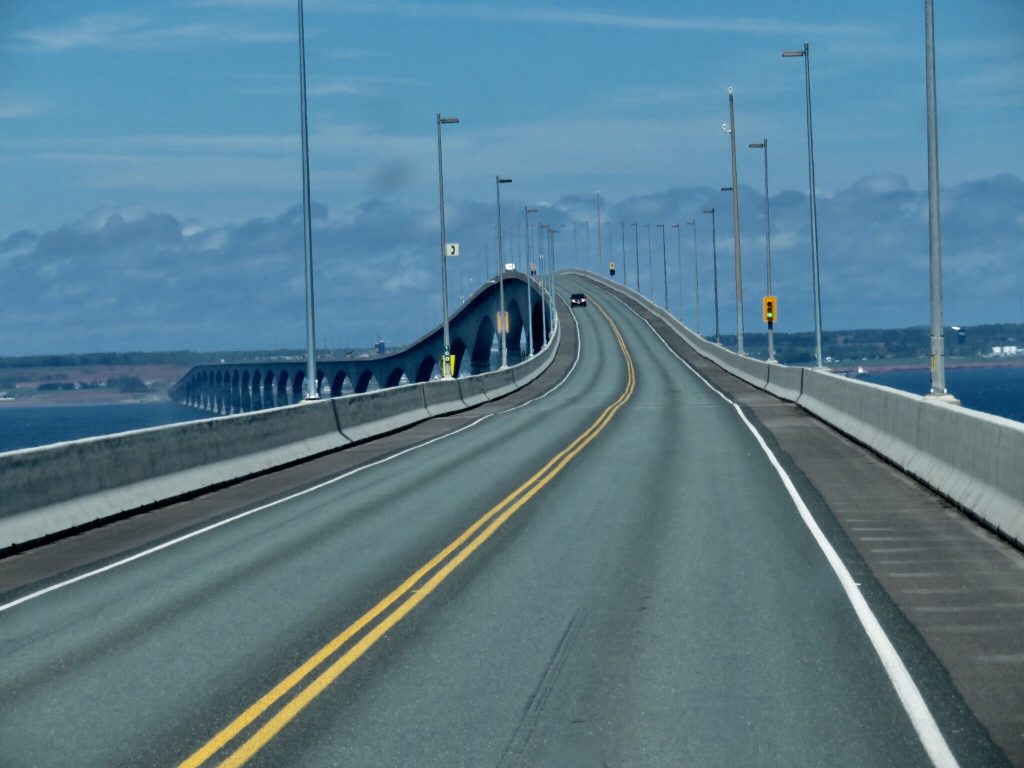 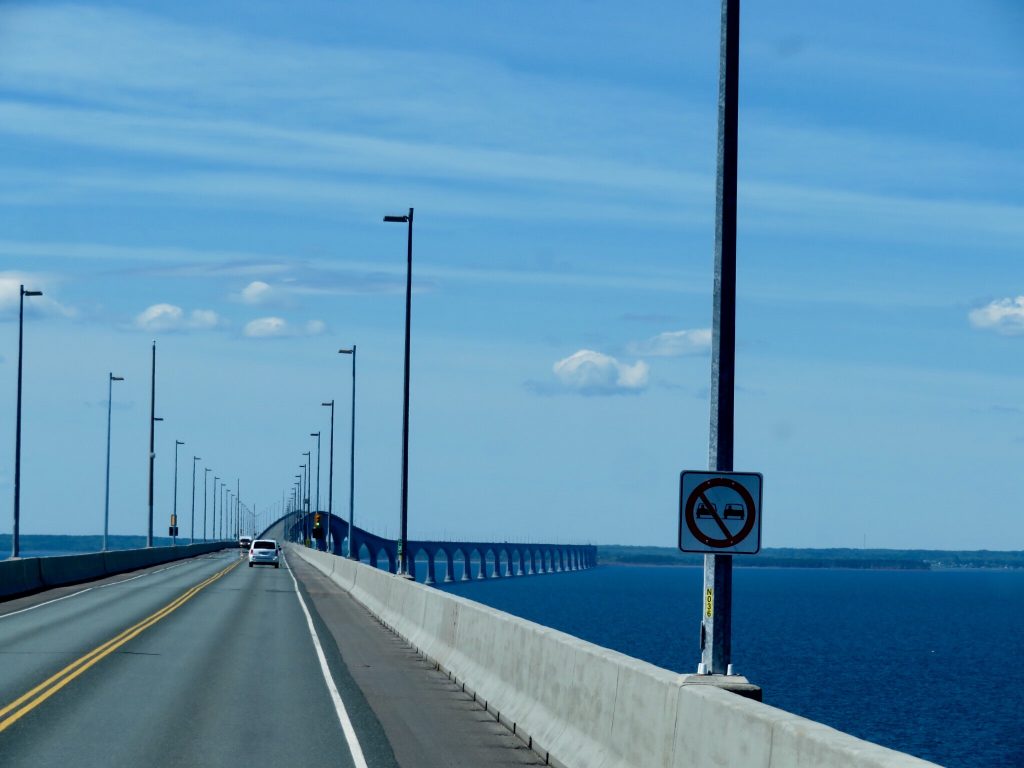 As we wound our way to the north shore of the island, where most of the Anne of Green Gables books are set, we were struck by how this island truly is based around agriculture. The red fields, being readied for spring planting, contrasting with the green fields and forests, made for a pretty, scenic drive (and quite a contrast to the wilder drive through Cape Breton, Nova Scotia). 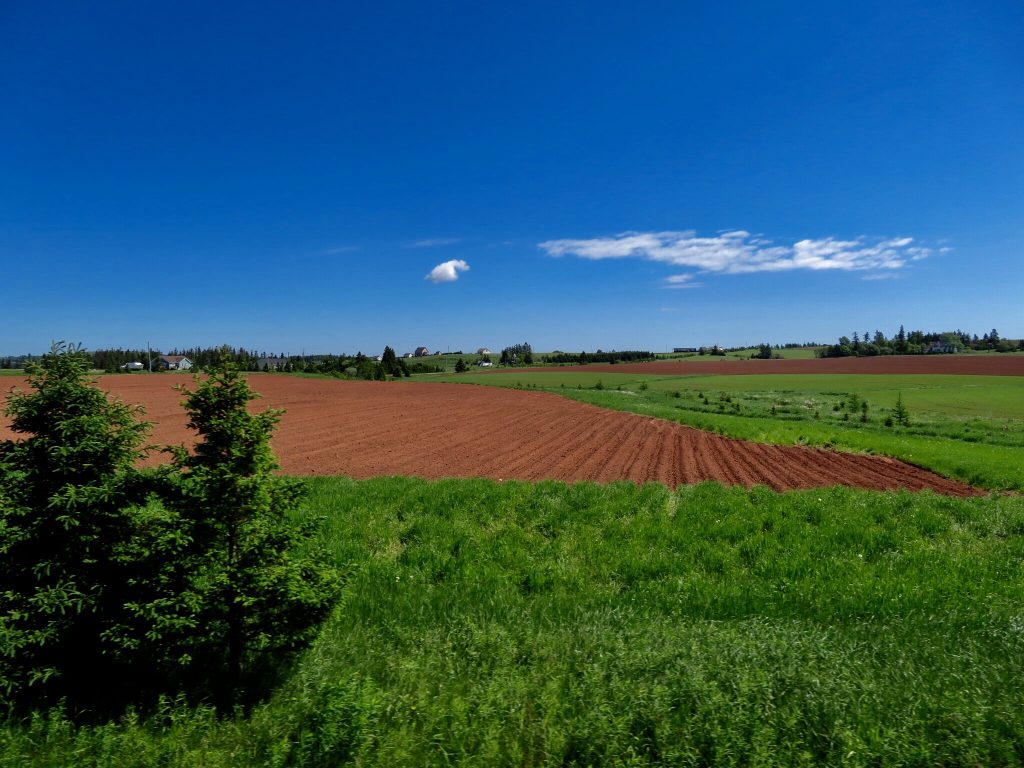 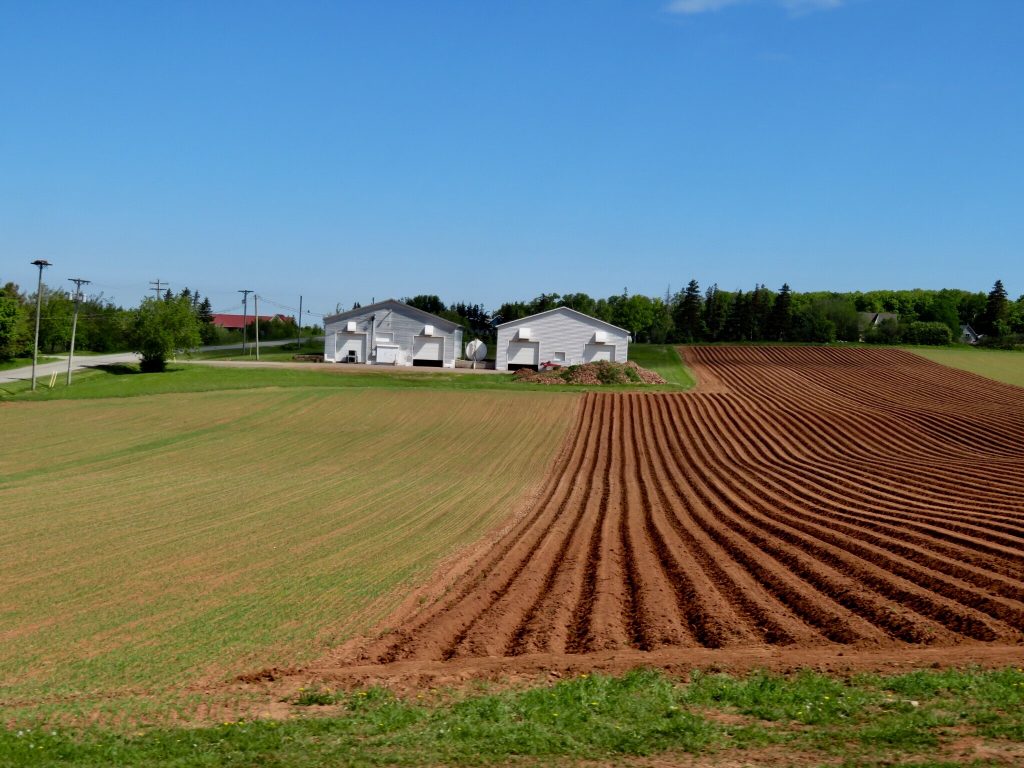 The drive was not without its challenges, though, as the PEI “Potholes Every Inch” nickname reflects.

In 1908, Lucy Maud Montgomery published the first of her Anne books, which became an instant success. In 1937 (while Montgomery was still alive), PEI created Prince Edward Island National Park, largely focused around historical and fictional sites connected to Montgomery and Anne Shirley, a fictional character in her books. Is there any other national park in any country that’s been built around a fictional character? I know they are also protecting beaches, sand dunes, wetlands and saltmarshes, but one look at the Cavendish area, and you can see that the park is really focused on all things Anne (which is not a bad thing, just interesting). 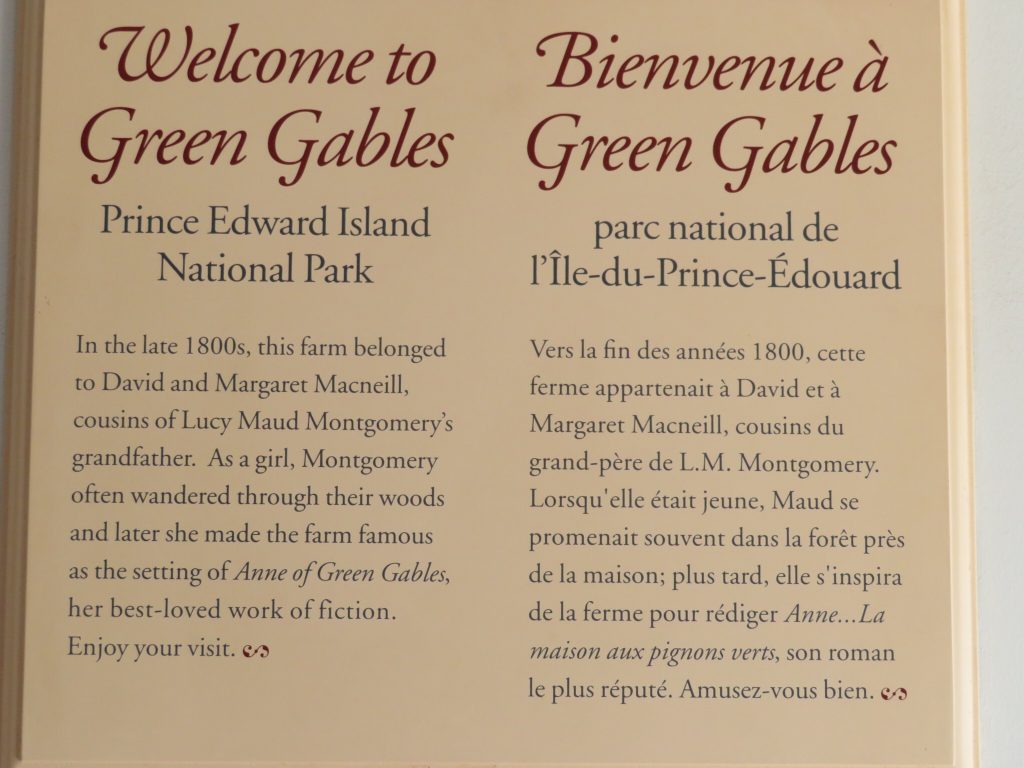 Having read the books and seen the movies, we enjoyed the re-creation of the fictional sites (the Green Gables house (where Anne comes to live with Matthew and Marilla), modeled after Montgomery’s cousins’ home; the Haunted Wood; the Lake of Shining Waters, White Way of Delight, and Lovers’ Lane).

We also loved learning about L.M. Montgomery, who created this world based around her childhood experiences growing up in the area. We are pretty sure that she infused the character of Anne with many of her own feelings and experiences. While not technically an orphan, she was raised by strict grandparents after her mother died, and probably felt very lonely and abandoned, just as Anne Shirley did in the first book.

Montgomery’s birthplace, cousins’ house where she was married, and other historical sites are in the Cavendish area of PEI, and provide wonderful history, artifacts, and stories to fill in our knowledge gaps. 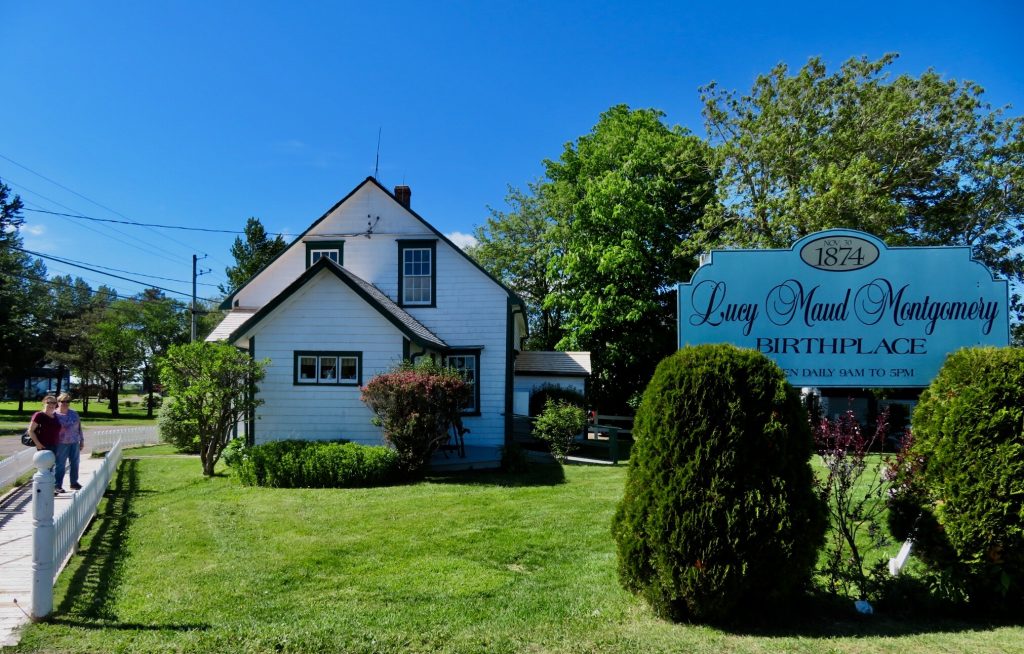 We came back into the 21st Century with some local music at the Lion’s Club and terrific seafood!

Really, though, the highlight of staying in the Cavendish Campground within the national park was the access to the beach that we had. As we walked along the sand, we could just imagine the scenes with Anne and best friend Diana as they looked upon the sand dunes, the red earth and the Gulf of St. Lawrence, just as we did. 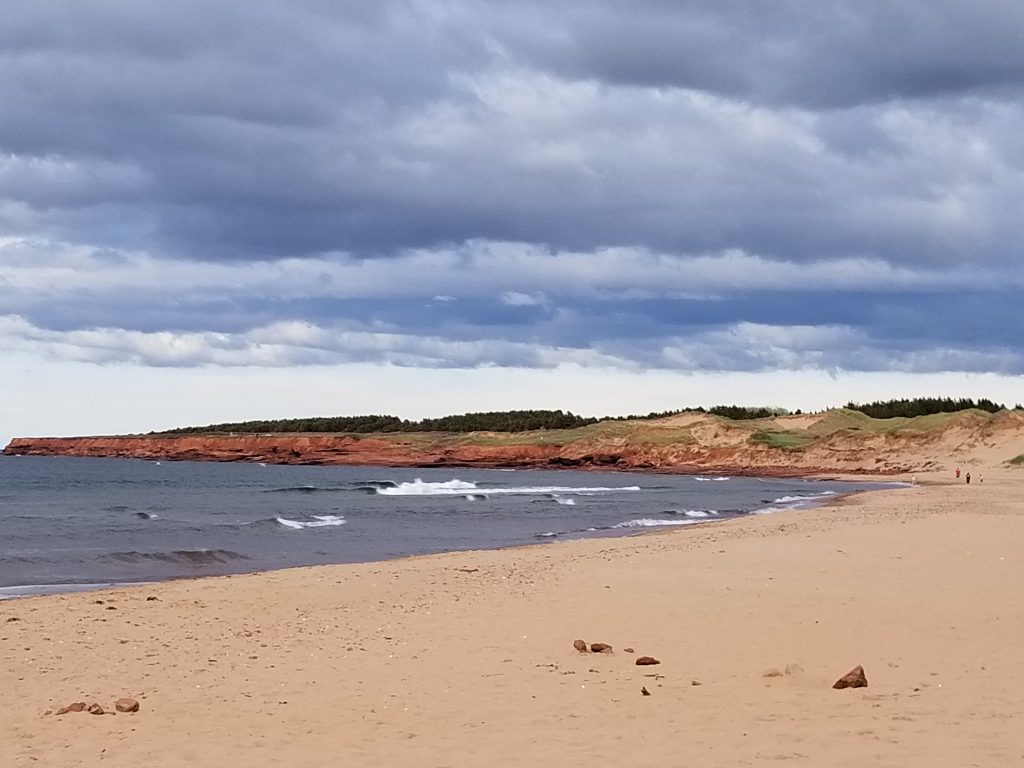 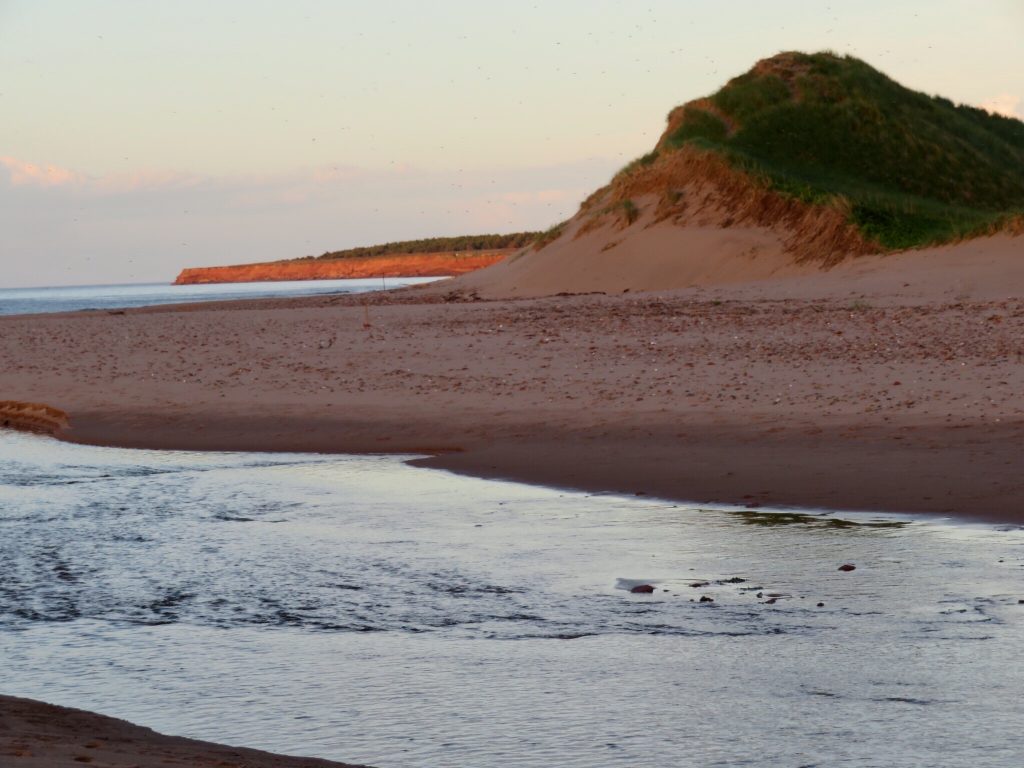 But we weren’t prepared for the best treat of all, more than 2 dozen bald eagles (adults and juveniles) participating in fishing lessons while the herring spawned in the gulf and nearby lagoon. We’ve seen lots of bald eagles over the years (happily all over the continent), but never so many at once. What a thrill! 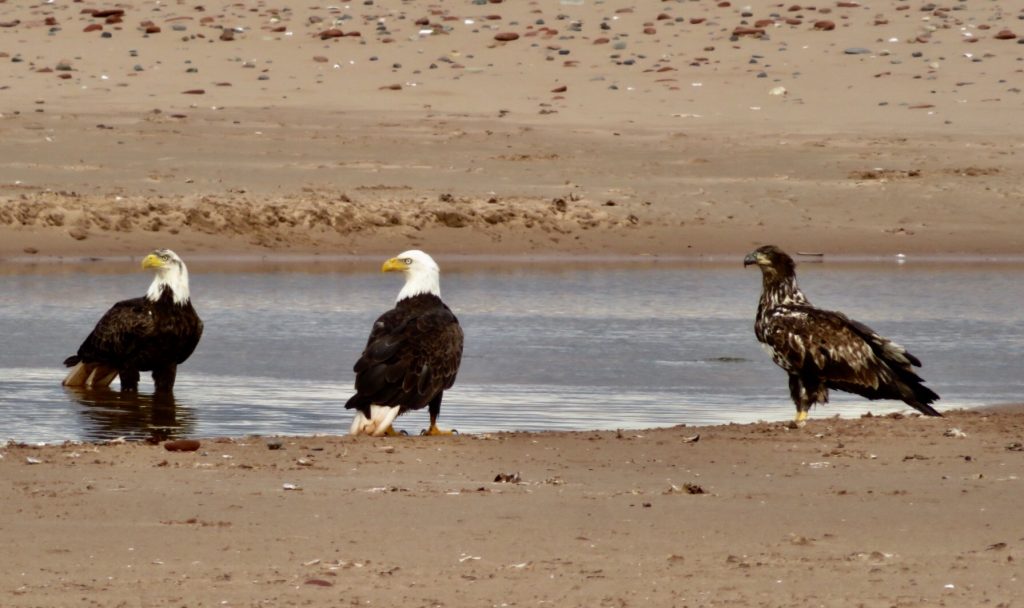 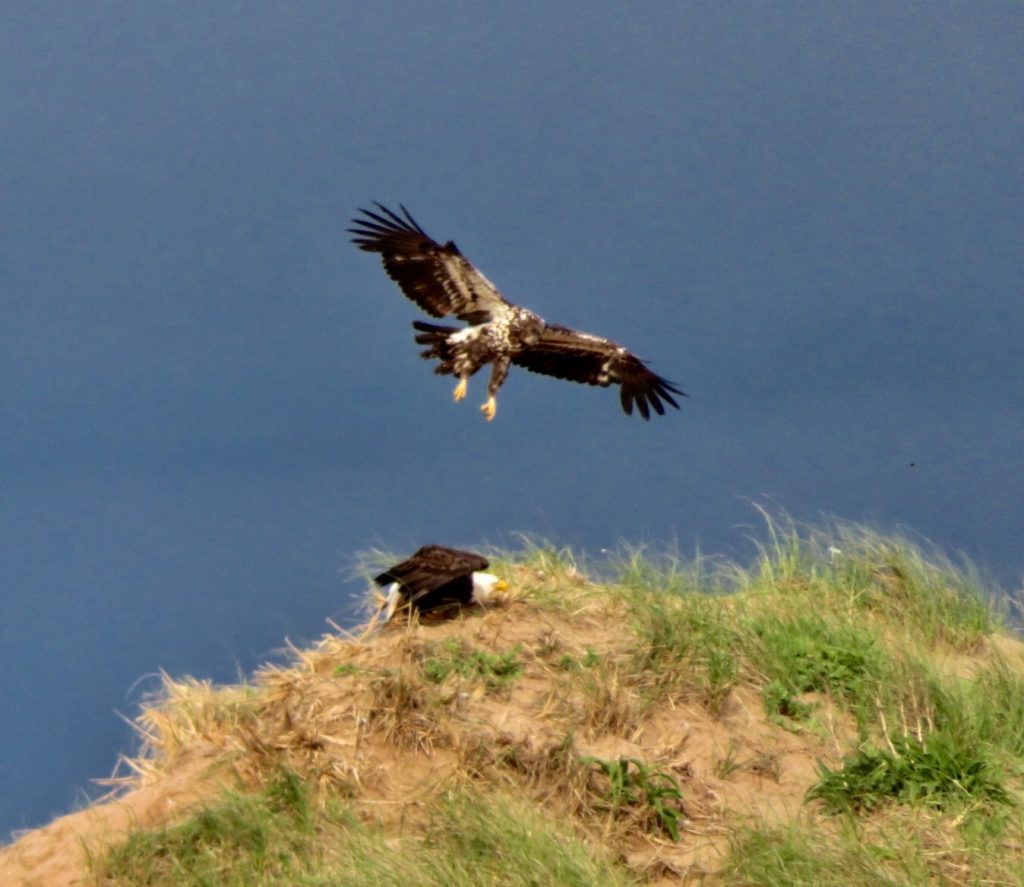 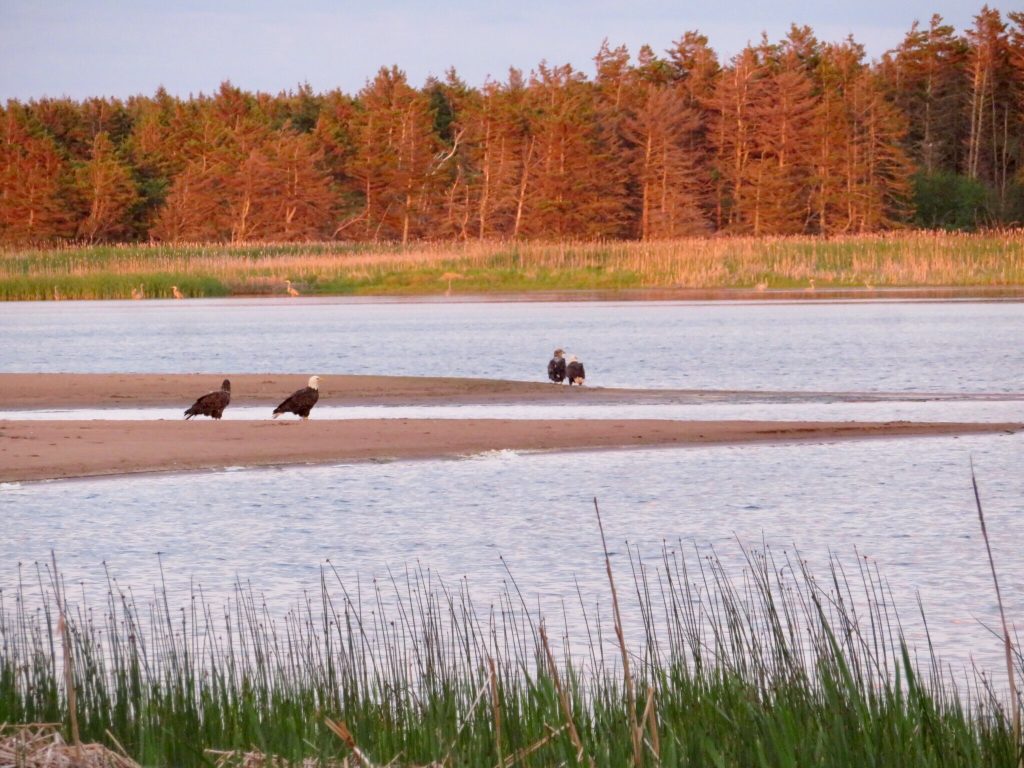 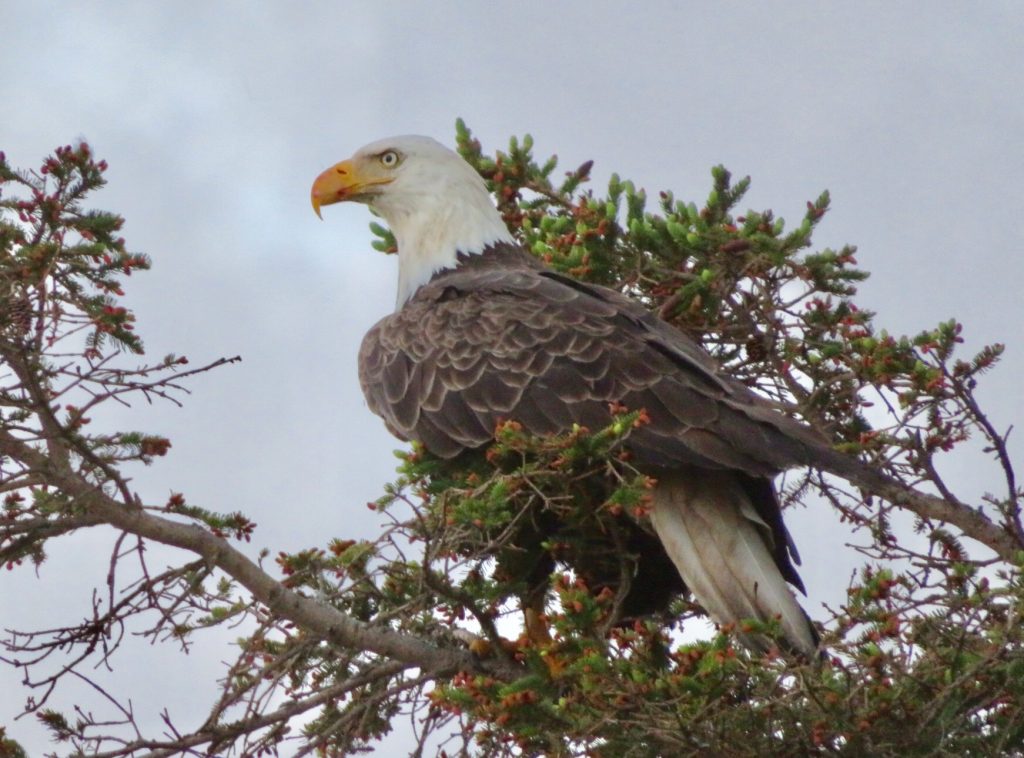 We also visited more remote parts of the island, including North Cape, which contains the Wind Energy Institute because (wait for it…) it’s really windy there (though it was fairly calm the day we went). 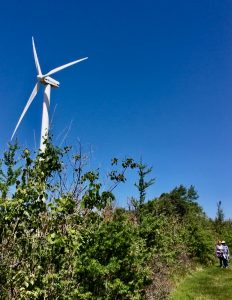 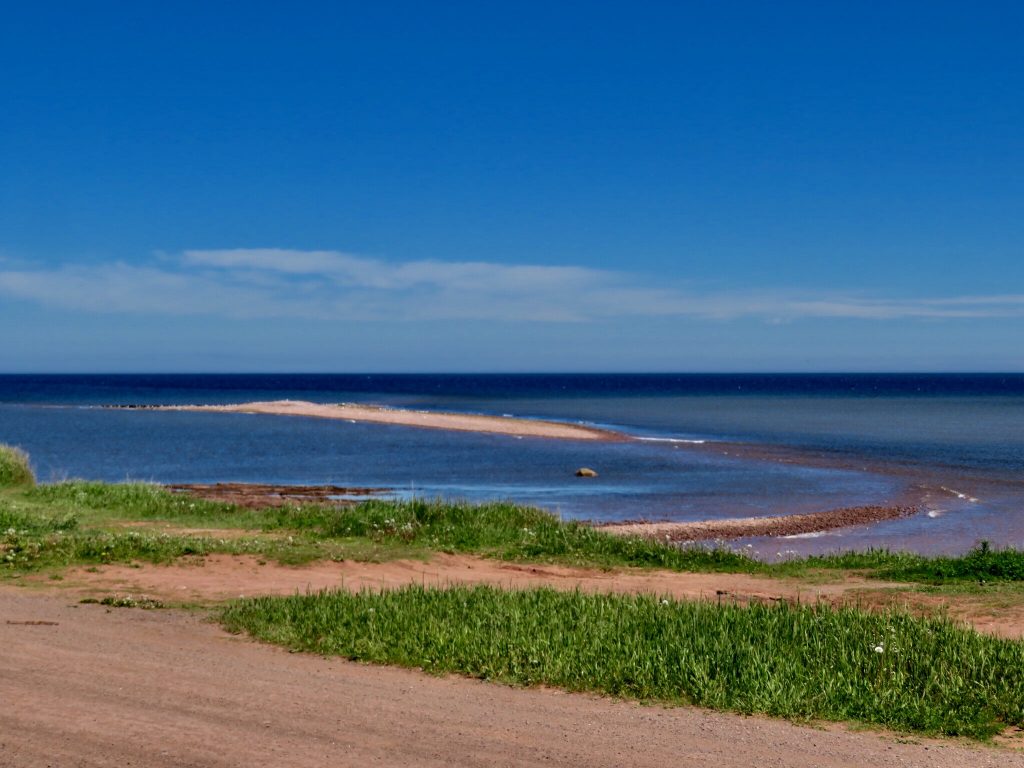 We would have explored a little more, but I ended up in the emergency room because of cat bite cellulitis. Our cat Danno got his tail caught when I was carrying him, and multiple cat bites ensued. Apparently, puncture wounds from cat bites often get infected, no matter how diligently you clean the wounds, and sure enough, my arm got quite swollen within a very short time period.

So we made an unscheduled visit to Charlottetown, PEI’s capital, to visit the local hospital, where I got very good care, a prescription for an antibiotic, and a great lunch at Brit’s Fish and Chips. 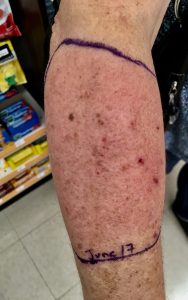 Our final area of exploration was the most recent addition to the PEI National Park at Greenwich Dunes, with its famous floating boardwalk and lovely wetlands area. 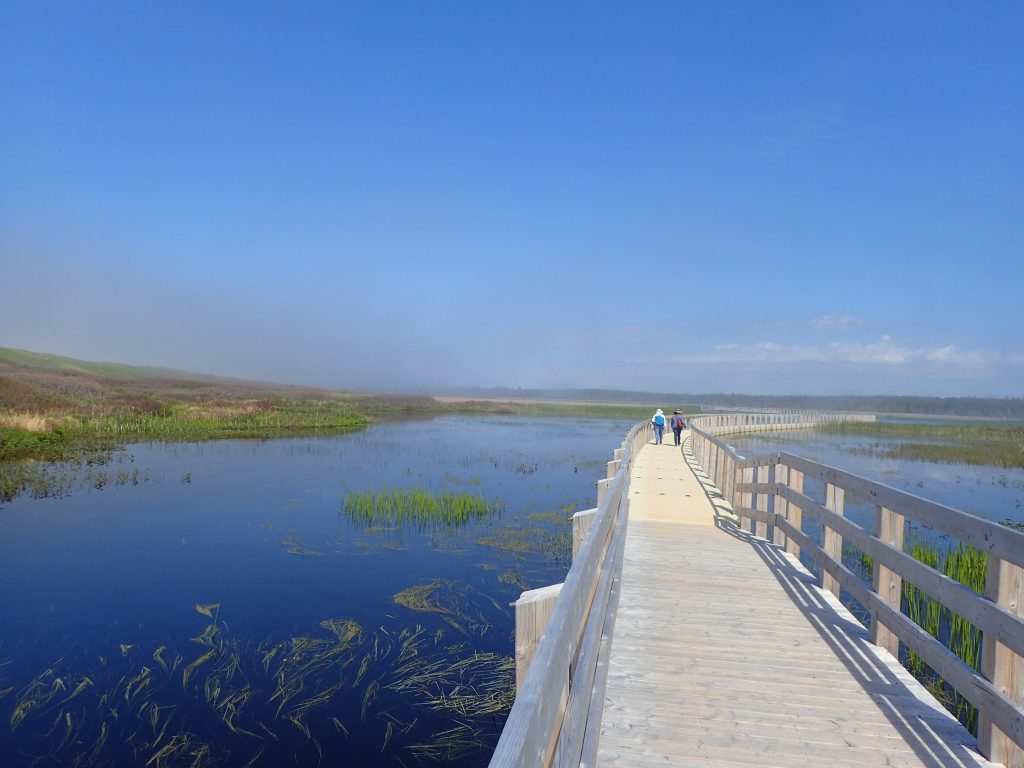 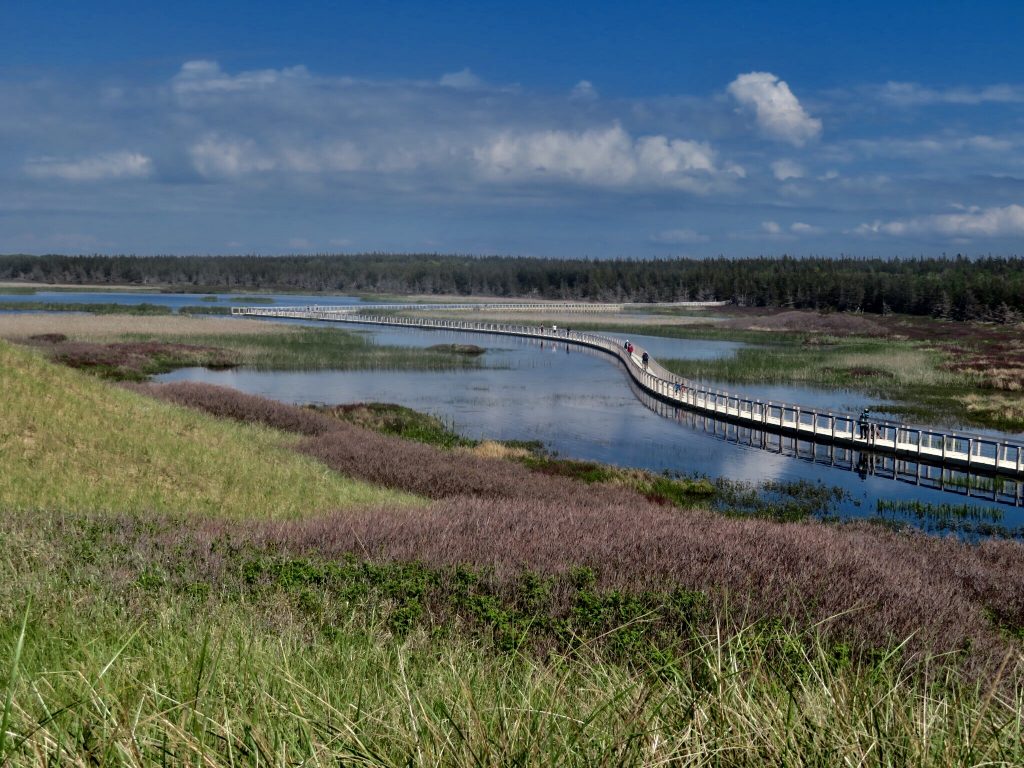 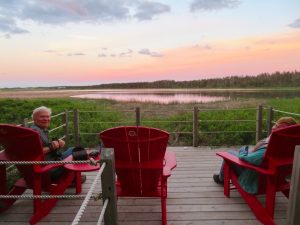 If you haven’t read or seen Anne of Green Gables, we recommend both, and we also highly recommend a visit to this lovely little province of Prince Edward Island. 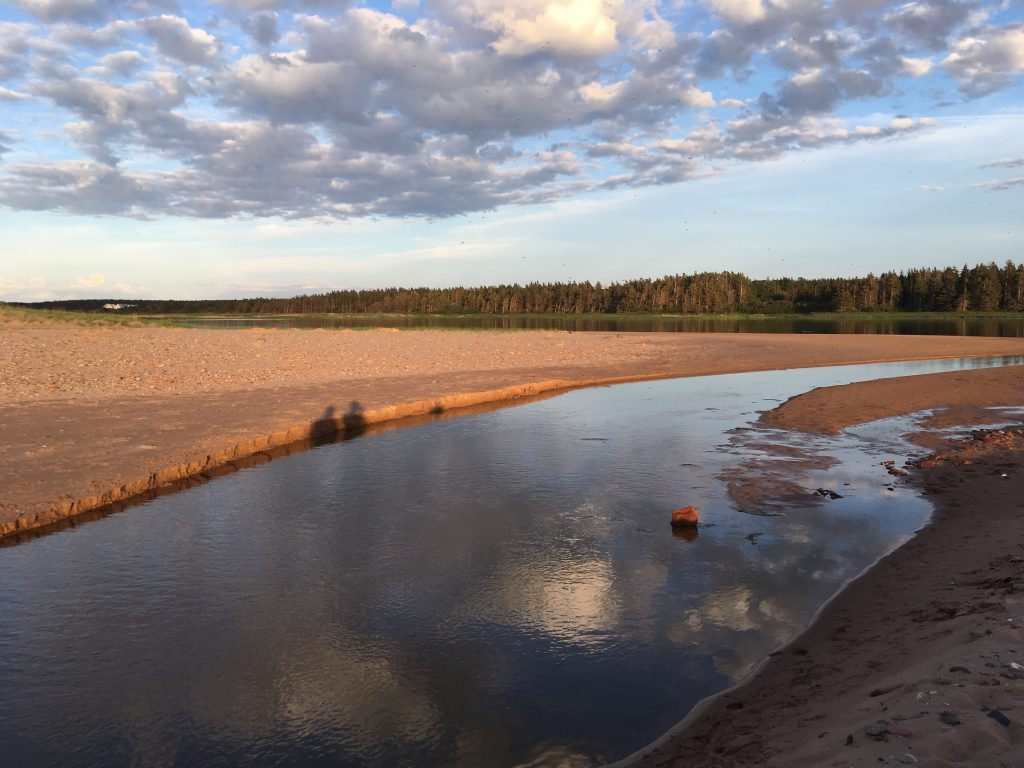 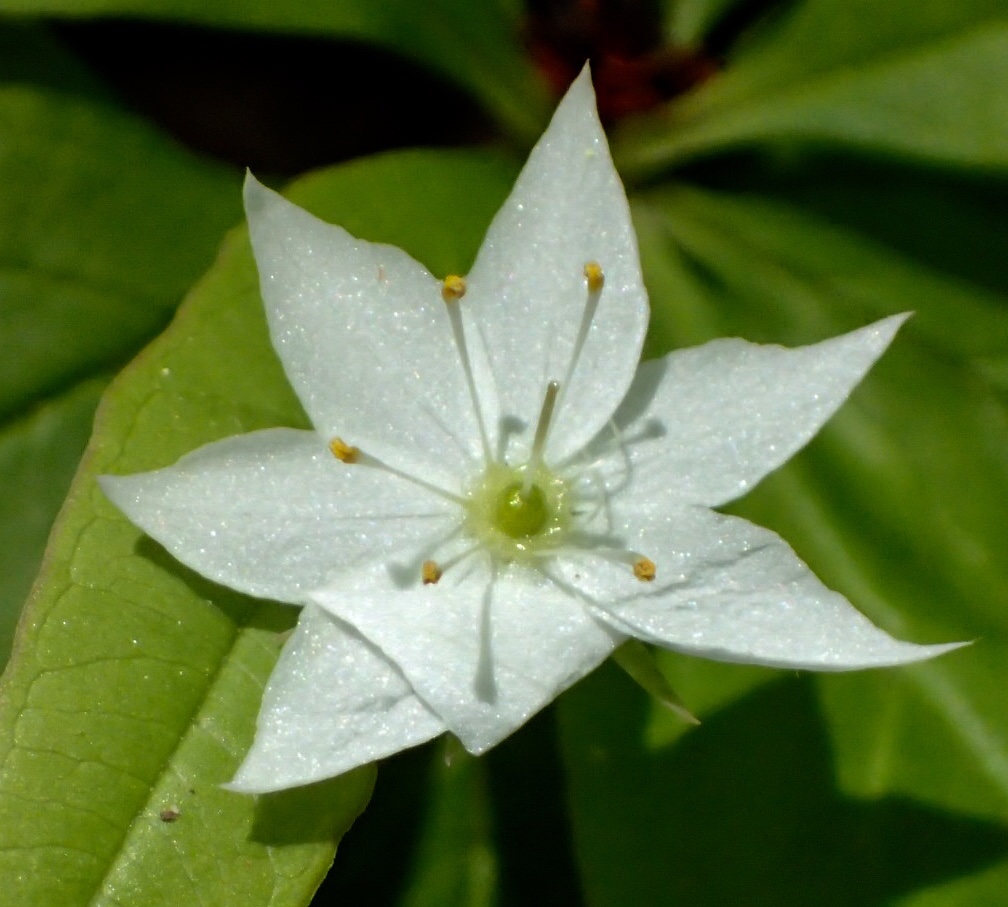 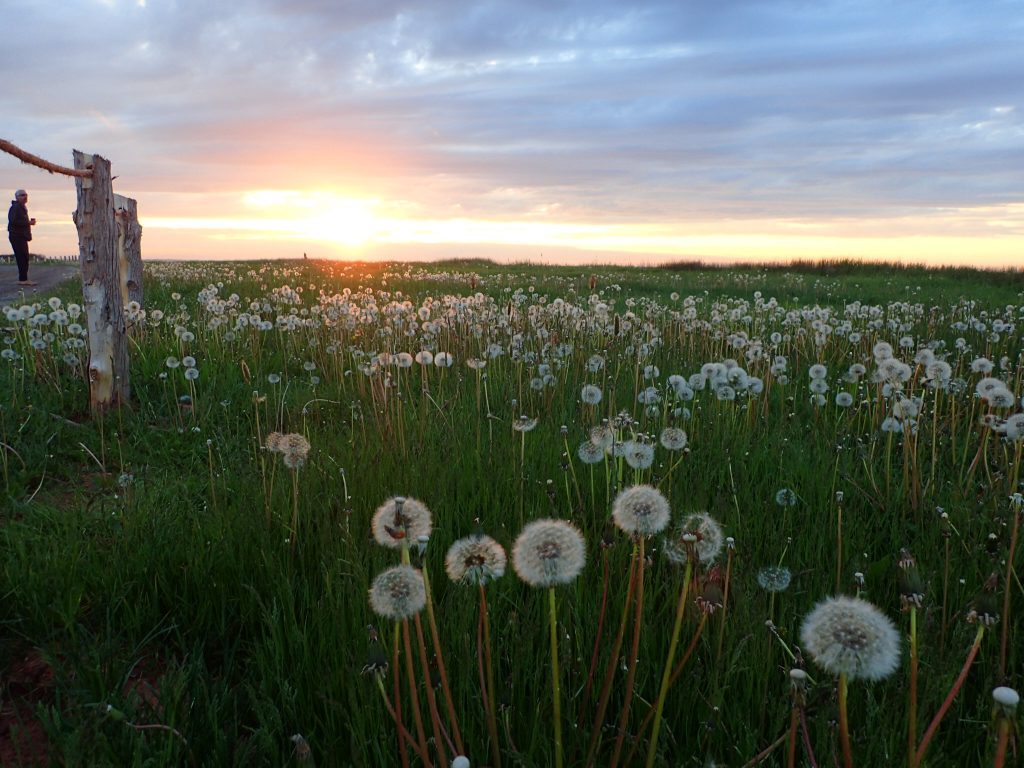 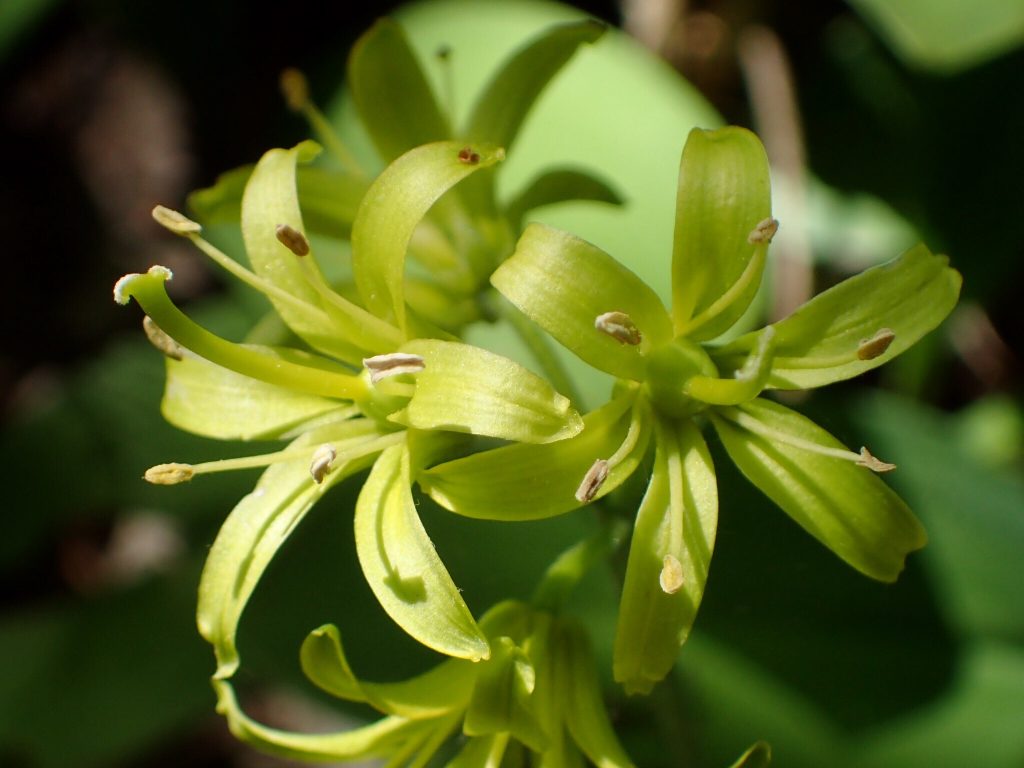 1 thought on “PEI – Prince Edward Island (or as the locals say, “Potholes Every Inch”)”